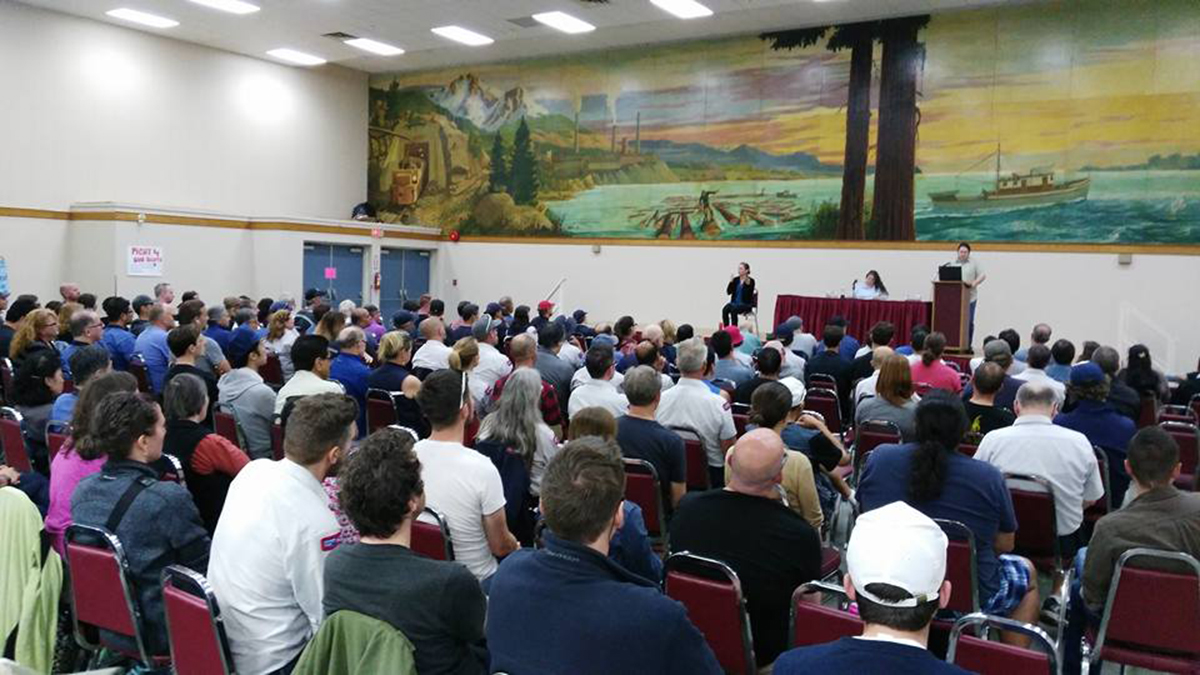 Huge turnouts at strike votes: we’re ready to take on the boss!

I’m in Vancouver doing workfloor meetings and strike vote meetings, having just returned from a week in Calgary, where great numbers of postal workers turned out to vote against management’s rollbacks. I’m hearing similar reports of massive participation in our strike votes from across the country. Go CUPW go!

Remember: vote YES to strike because a NO means you’re willing to take concessions. Our days of taking concessions are over.

While the votes are still going strong and the numbers have yet to be counted, every indication shows we will be sending the boss a loud message. Let’s hope that Deepak Chopra and his henchmen pay attention and don’t try anything foolish this time, like locking us out. We’re ready for this fight and we’ll fight to win.

The date has come and gone for the federal government to challenge our back-to-work legislation victory. They did not appeal Justice Firestone’s decision that the Conservatives acted unconstitutionally, which means it is now precedent-setting jurisprudence.

Good news on Your Ward News

News of another victory just reached us: Minister Foote ordered Canada Post to halt delivery of the racist, anti-Semitic publication Your Ward News. Our sisters and brothers have been disciplined for raising the alarm about this hateful rag, even though it clearly violates Canadian human rights law.

It took a coalition of community activists, lawyers and members in the Toronto and Scarborough locals to stop forcing our members to deliver this piece of garbage. Congratulations to all those who fought and won. Community networks are powerful! Let’s remember that when we are facing a lockout or strike, and start reaching out to our allies now.

We had a day and a half of presentations in front of the Liberal government-appointed Task Force that will be making recommendations to the review of Canada Post. The Task Force is also accepting written submissions from organizations that are affected by postal cuts and who are advocating for new services.

There are many different channels to contact the Task Force and express your opinion. Every contribution counts, so if you haven’t done so already, respond to their questions, post on their Facebook page and ensure postal workers are represented. The Parliamentary review will be seeking public input in the fall so this is far from over.

We told the Task Force about our ideas for postal banking and other services. We also shared with them the truth about Canada Post’s finances and emphasized the importance of keeping door-to-door daily delivery. How can we innovate and grow the post office if we have cut it? We think the Task Force listened to us. We shall see what they eventually recommend.

Don’t forget to make your vote count in the strike votes.

Encourage all your co-workers to vote and your networks to support postal workers in our struggle.