On May 1st, the Montreal Local led the annual May Day march. Denis Lemelin, CUPW National President, spoke about the struggles CUPW members and all workers are facing. Many sisters and brothers from other unions (FTQ, CUPE, CSQ, IAMAW, UFCW, UNIFOR etc.) also took part, as well as community groups, such as FADOQ, and First Nations’ representatives. More than 1,500 people marched in the streets of Montreal to protest the Harper government’s austerity agenda. 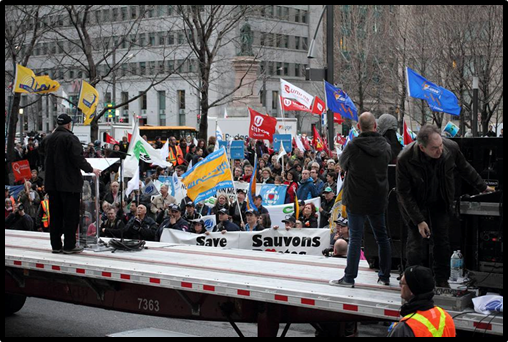 The Ottawa Local also took part in the May Day march. About 600 people marched in the streets of downtown Ottawa in opposition to public service cuts and austerity measures imposed by governments at all levels. Workers from all sectors, as well as First Nations peoples and students, marched behind a banner calling for an end to cutbacks and solidarity against austerity. 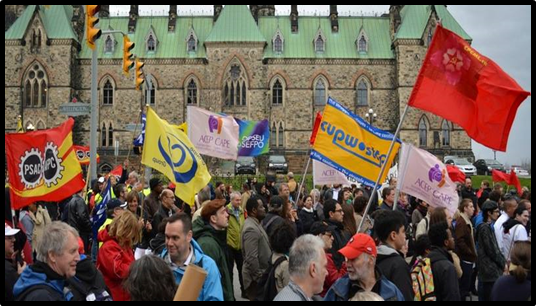