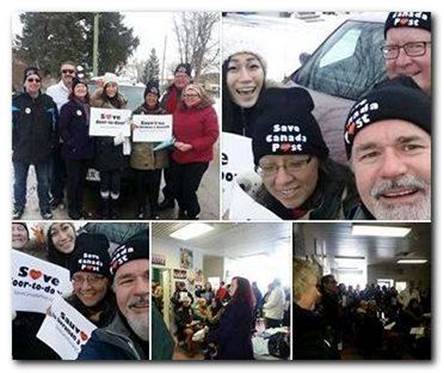 On March 8, and for the past five weeks, the London Local and the group “Londoners4door2door” have been canvassing in the streets of London to inform the public about the negative impact of Canada Post’s Conservative-sanctioned five-point plan. They promoted the public postal service as an election issue, which put Conservative MP Ed Holder on the defensive: he soon requested an emergency meeting with the London Local and Londoners4door2door. This is a first in our campaign.