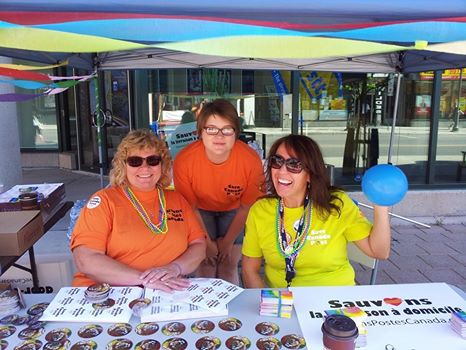 August 24: The Ottawa Pride Parade took place, starting at Gladstone and Bank Streets near CUPW’s national office. The Ottawa Local took part in the parade, and held a joint information table with the national union on the parade route in front of the national office. During the three-hour parade, we collected more than 225 signatures on a group petition against Canada Post’s five-point plan, and gave bottled water and campaign materials to the public.