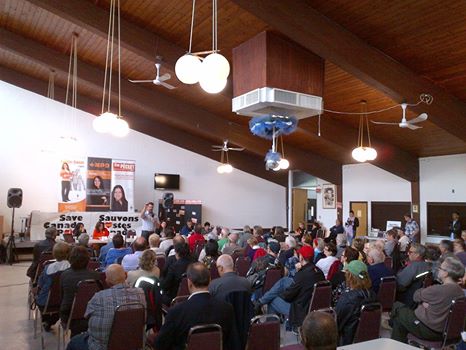 Working with the NDP, the Montreal Local held a townhall meeting on September 21, 2014. More than 100 residents attended. We informed the public about the negative impact of Canada Post’s 5‑point plan and handed out campaign material. The NDP also conducted a stamp unveiling ceremony, similar to those held by Canada Post. These satirical stamps denounce Canada Post’s action plan announced on December 11, 2013. They form a mural of messages that will be presented in the House of Commons. 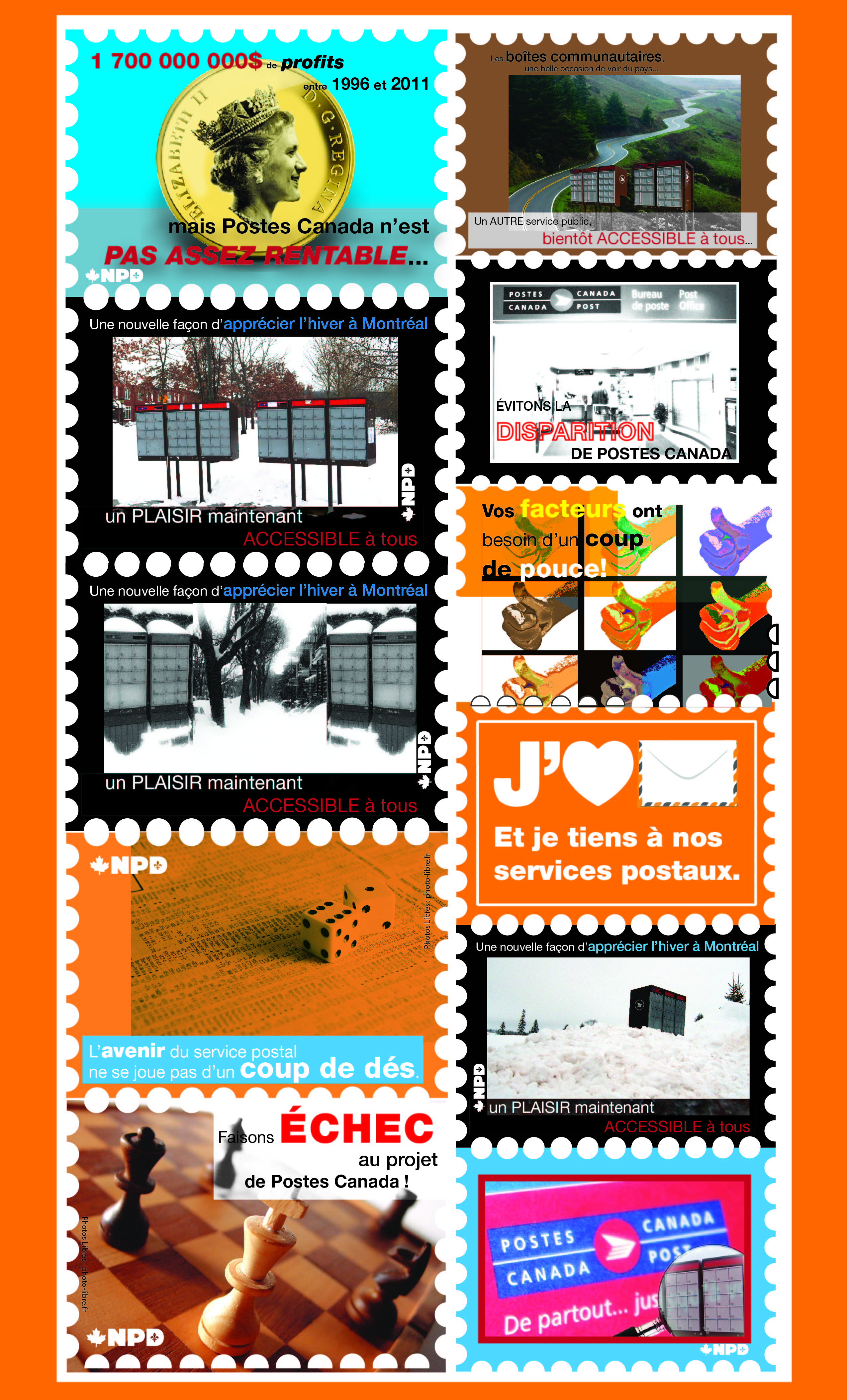