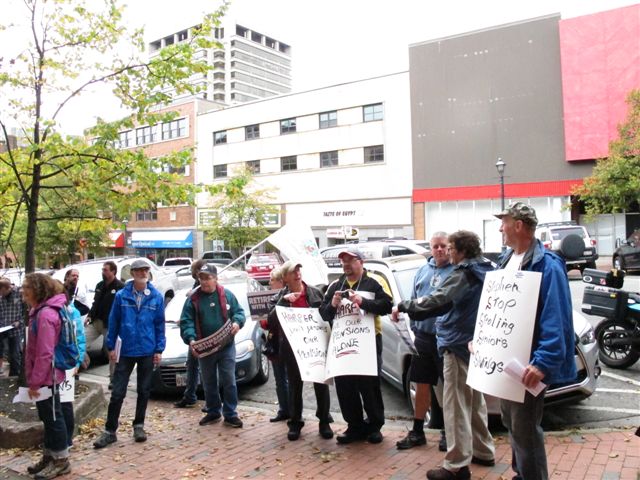 On October 8, retirees organized demonstrations at Conservative MP Rodney Weston’s office in Saint John, NB (pictured), and at the Arcadian Court in Toronto to coincide with the National Summit on Pension Reform being held there. Participants told the Harper government “Hands off our pensions and expand the CPP!” CUPW retirees spoke at the events, as well as the New Brunswick Federation of Labour, the Canadian Labour Congress, the Congress of Union Retirees of Canada, the National Pensioners Federation, Unifor and CUPE.