The Save Canada Post tour, which began in July at the easternmost point of Canada, in Cape Spear, Newfoundland, has taken us all the way to the western coast of BC before we headed back East again. Along the way, we’ve been targeting vulnerable Tory ridings and areas where we think we can make an impact on the election.

We’ve been speaking with CUPW members on work floors and holding public events to draw support and media attention to our issues. It’s been working so well that, as the tour progressed, Canada Post management was visibly panicking. At many stops, they attempted to block or prevent us from going into postal plants to talk to our members. Every time a supervisor did this, our response was the same: “You can’t stop us.” And after frantic phone calls and chasing us around sorting cases, they backed down every time. 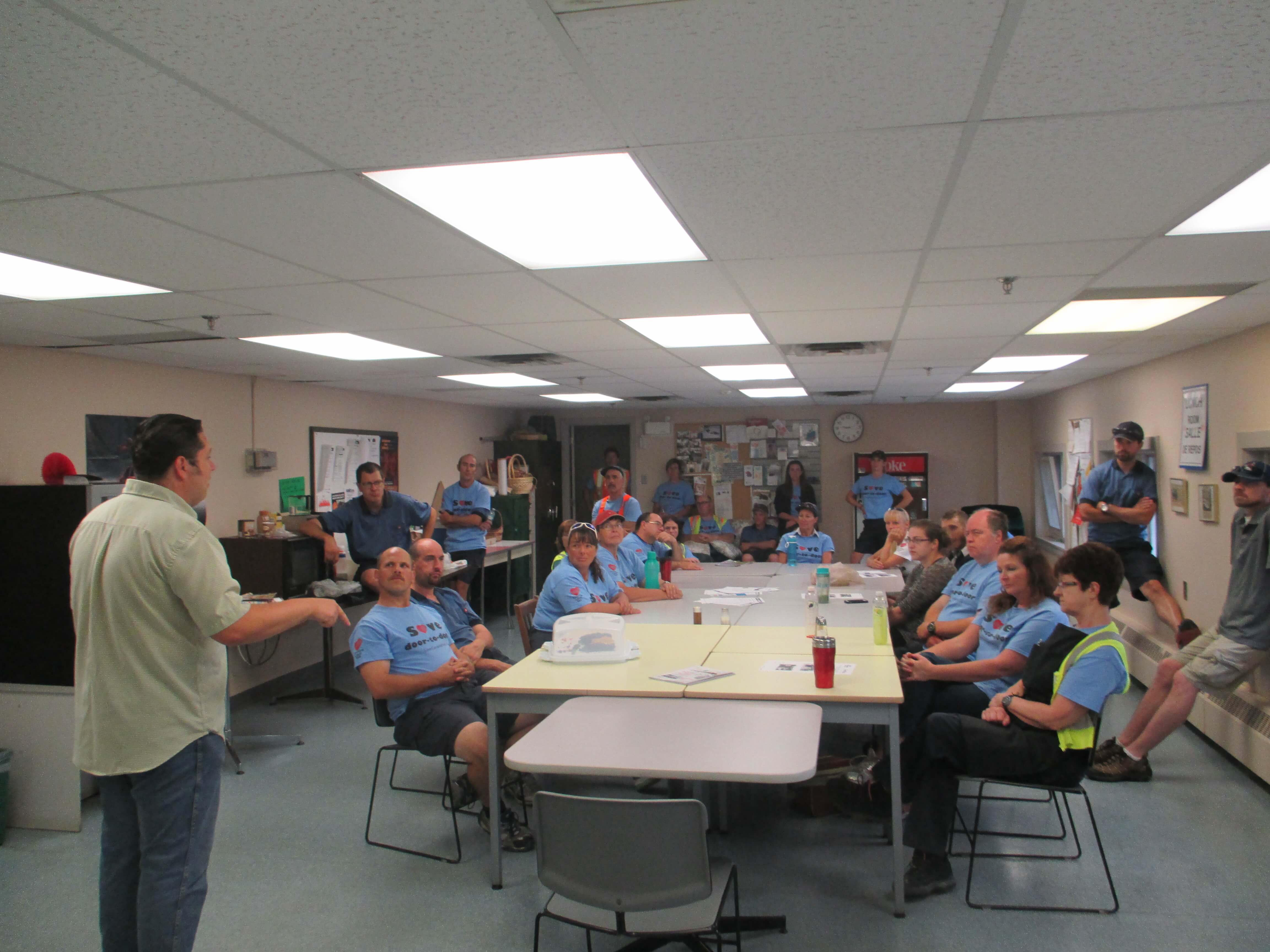 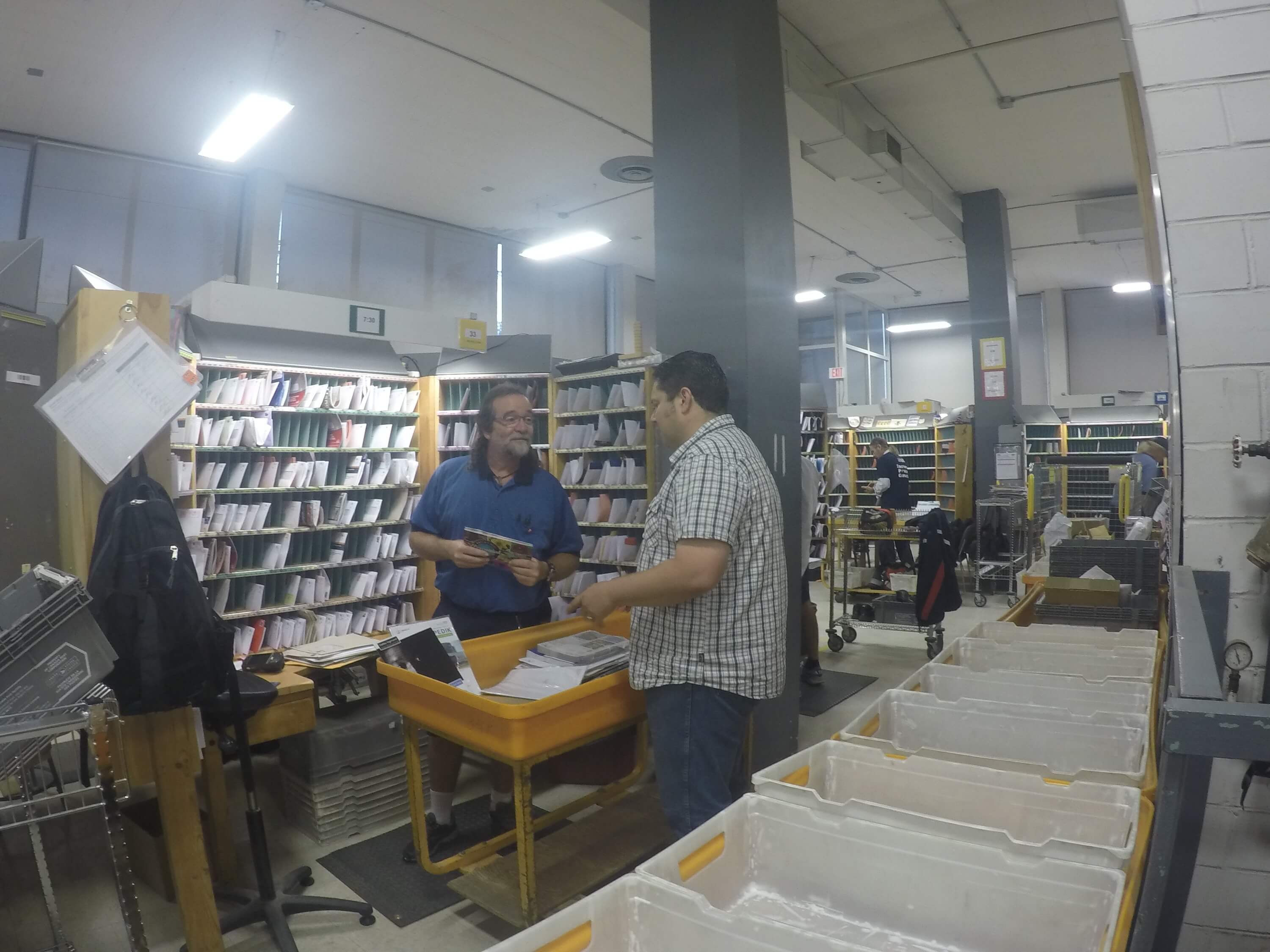 On Vancouver Island, we stopped in Victoria, Campbell River, Courtenay, Port Alberni and Nanaimo before going back to Vancouver and Kamloops. As always, public appearances at farmers’ markets in Victoria and Campbell River drew crowds to sign our petitions and offer support. 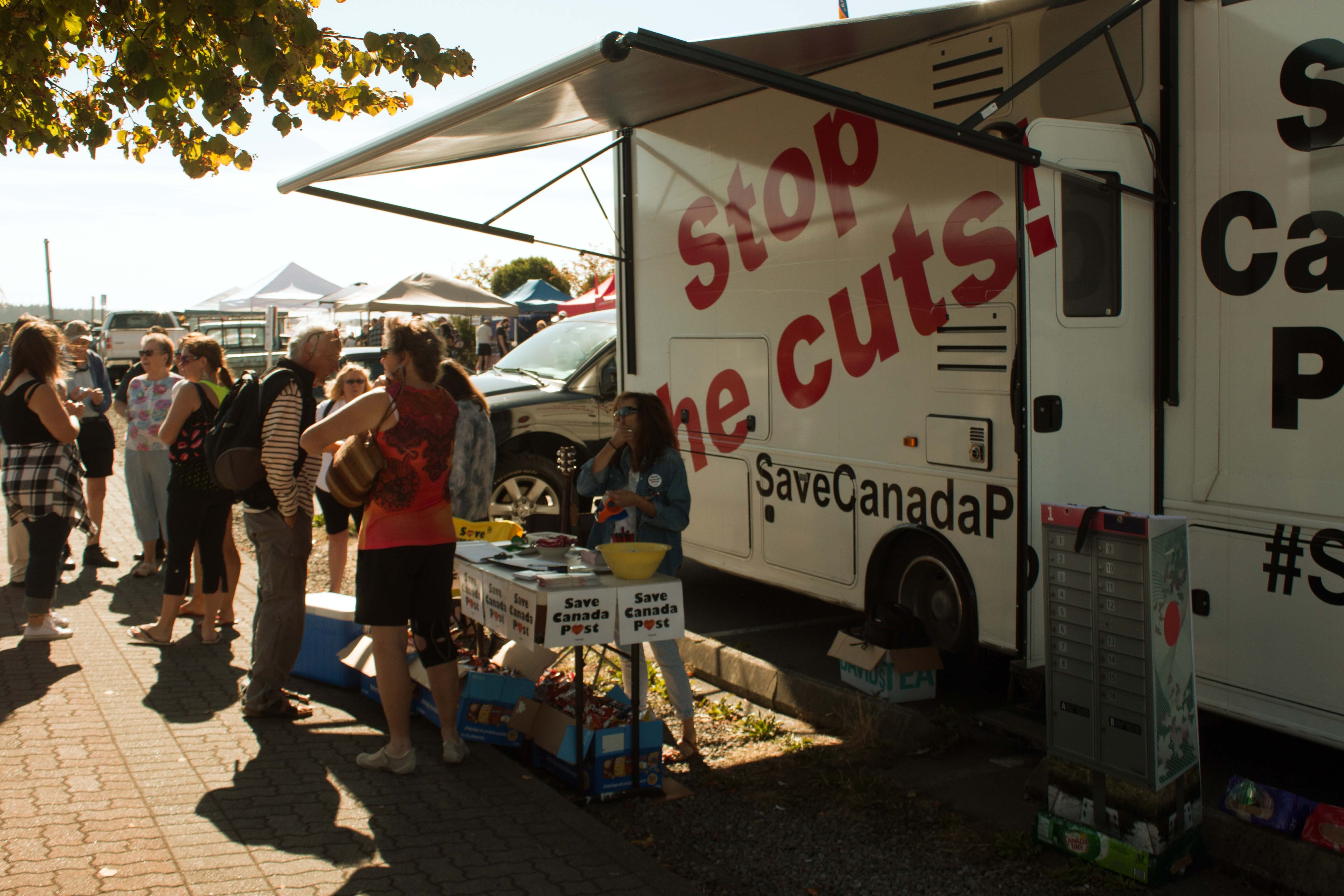 In Courtenay, Port Alberni and Nanaimo, Locals hosted BBQs and petition-signings in public spaces. Within the space of a few hours, hundreds of signatures and messages of support were received. 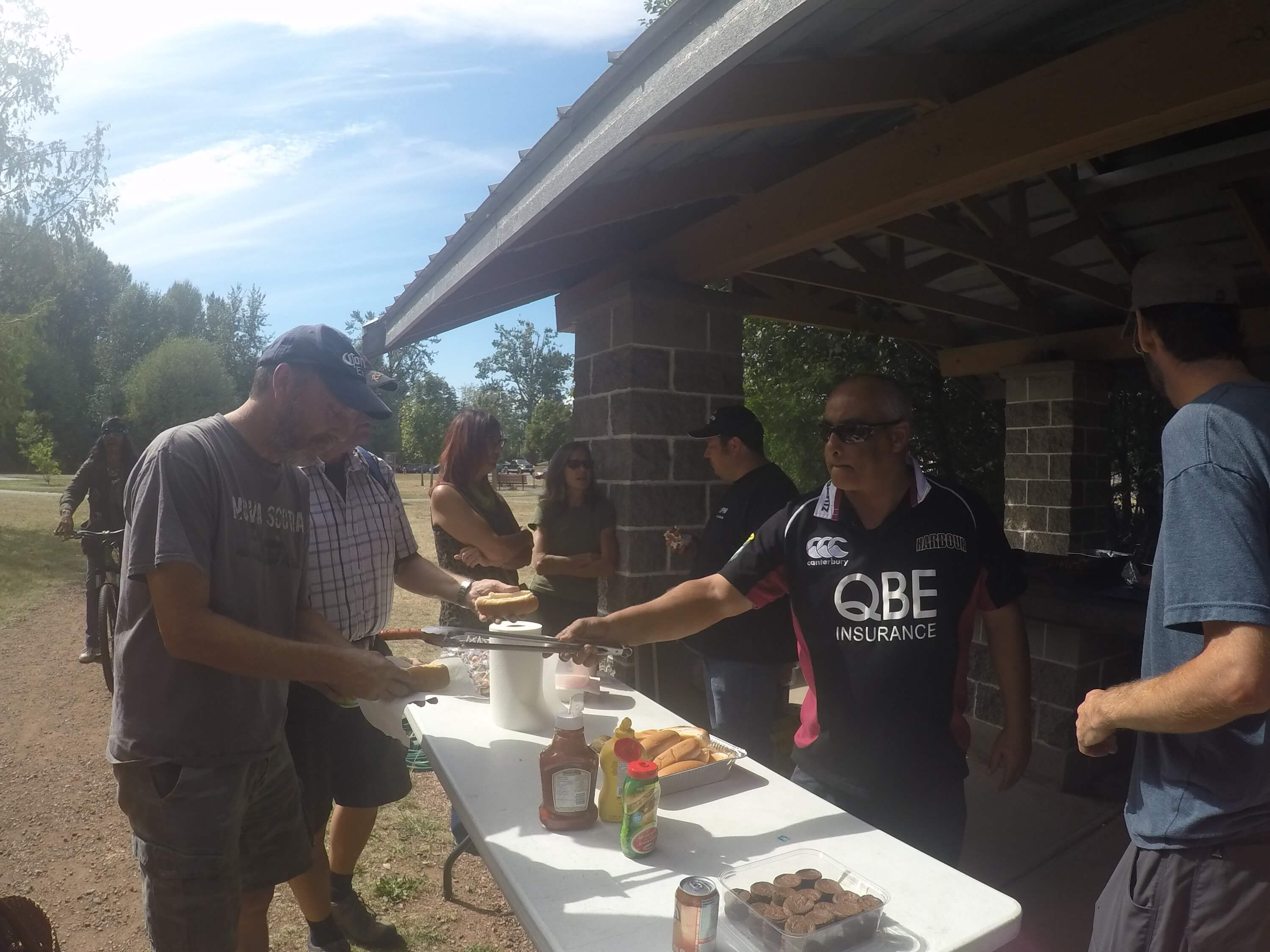 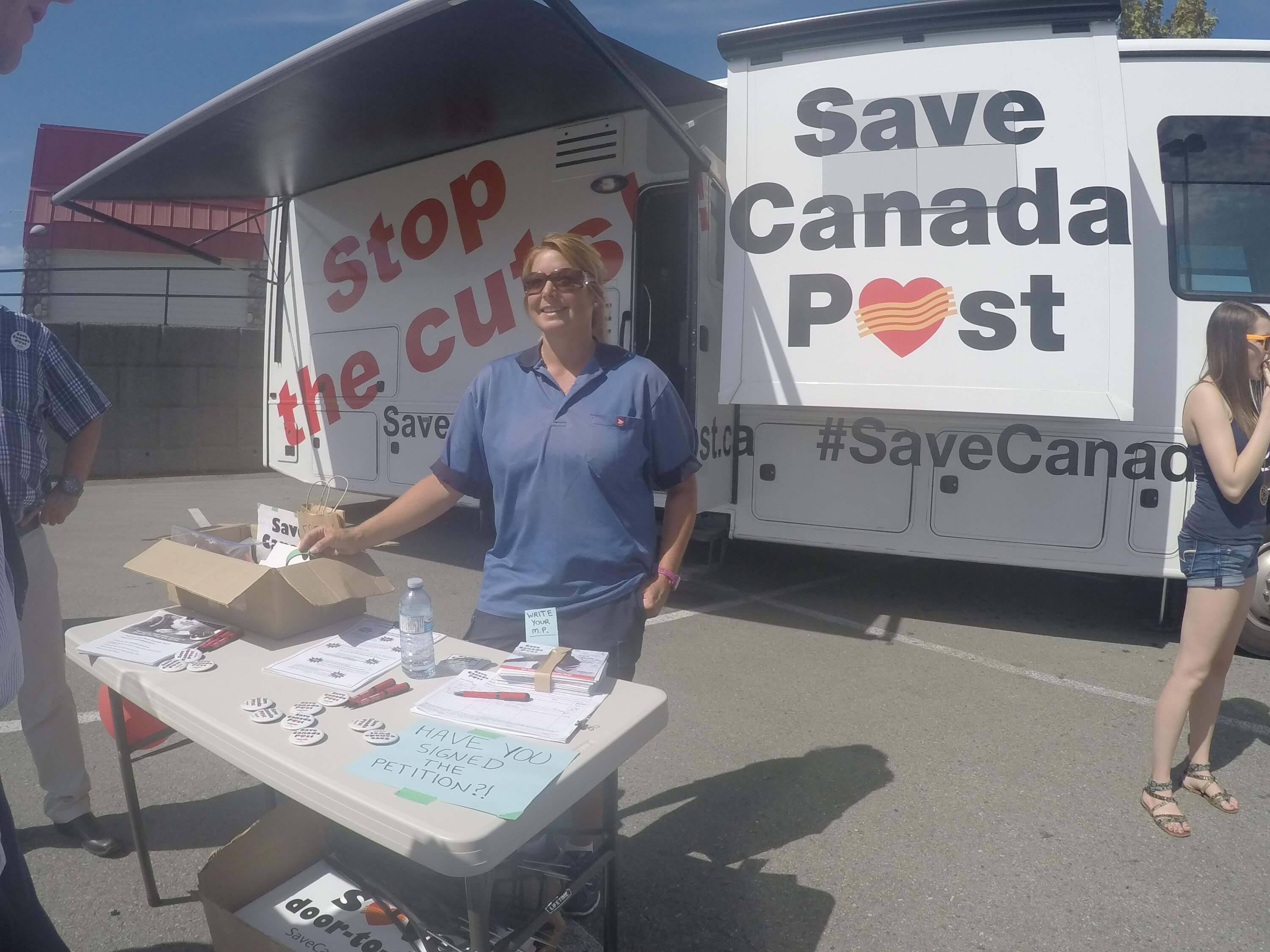 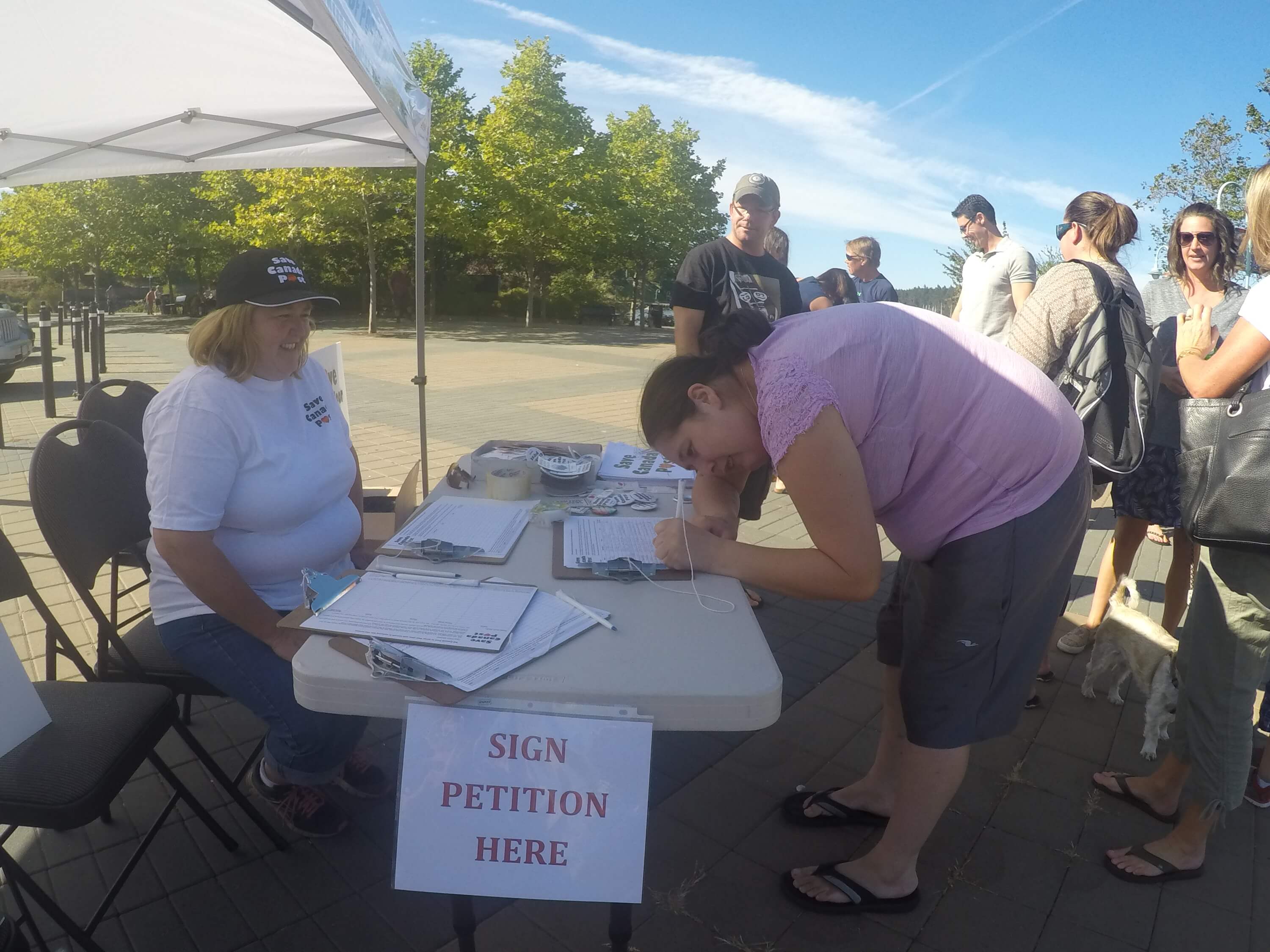 We had a long drive ahead of us to make it back to Toronto for Labour Day, where the Save Canada Post RV was scheduled to take the lead in the thousands-strong parade. We did manage to stop in Medicine Hat, Alberta, and in Dryden, Ontario, where we gathered hundreds more signatures at the Fall Fair. 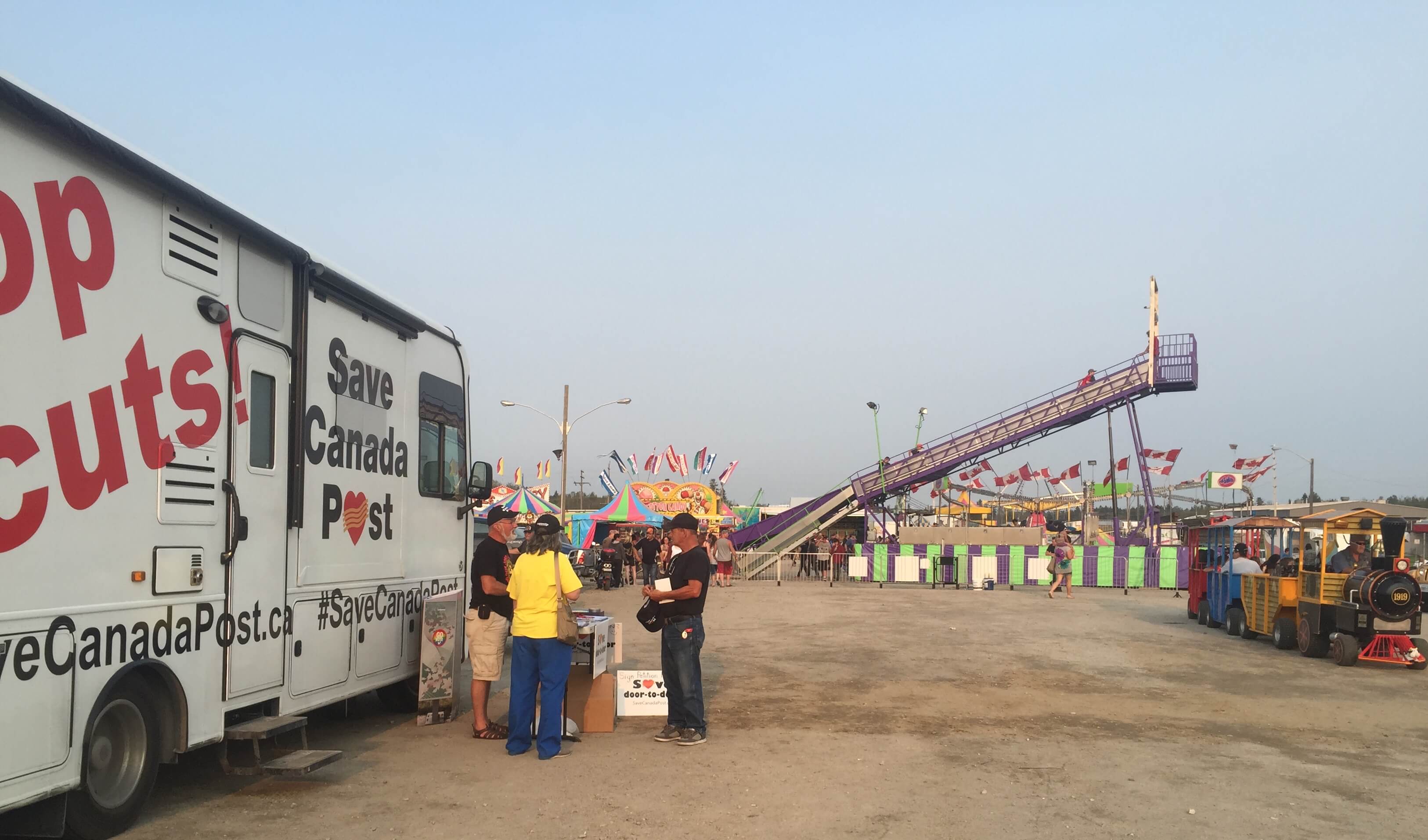 Following stops in Thunder Bay and Timmins, we couldn’t resist chasing Harper and his secretive crew out of North Bay, where they were holed up in an industrial park having a carefully stage-managed campaign event. His motorcade deliberately held our bus up so Harper could run away. But he can’t hide from CUPW! 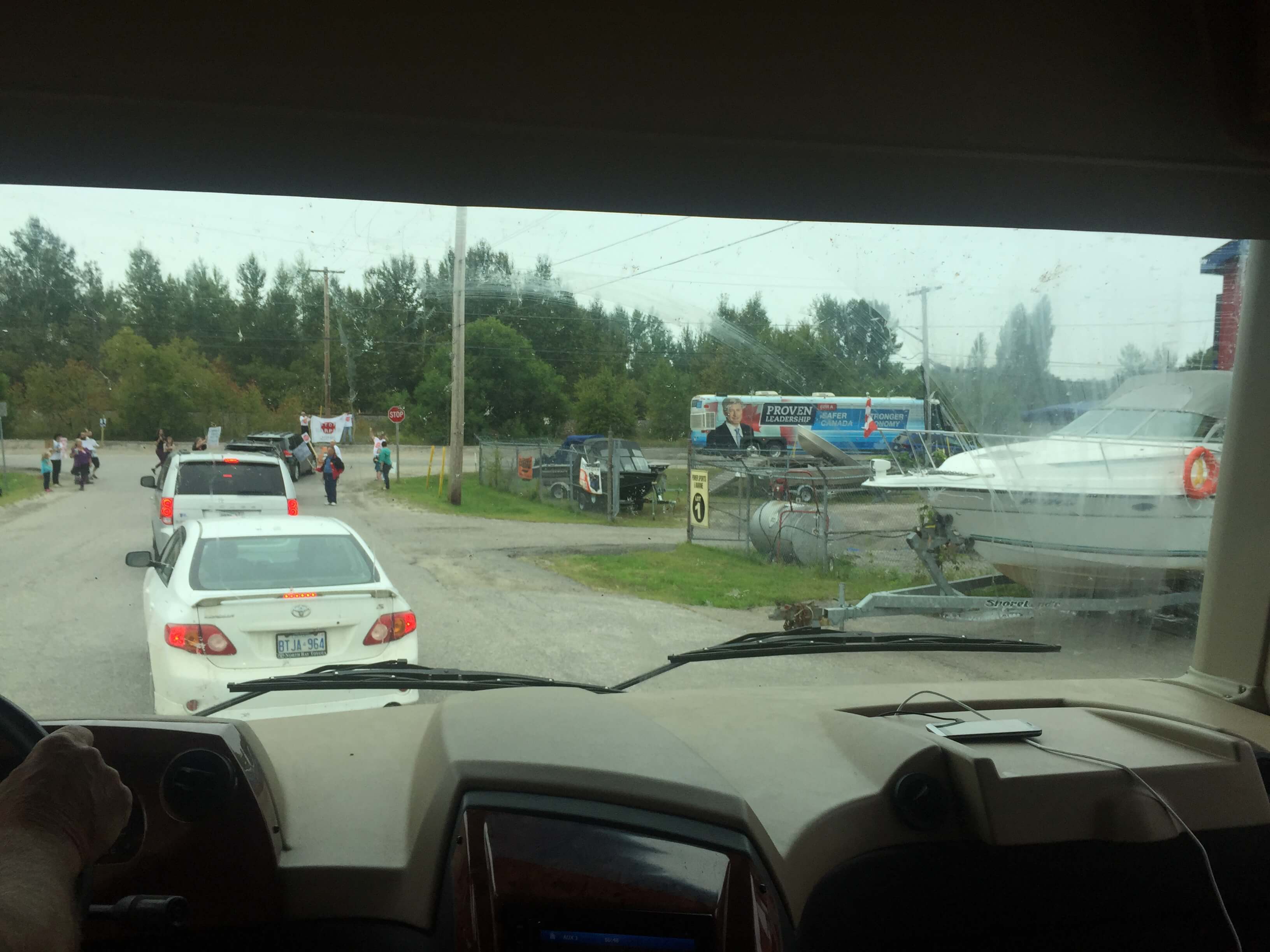 Our message to members has remained constant: This election is the first battle in our fight for a better contract at the negotiations table. October 19th is coming fast!