Fresh from its Eastern leg of the tour, the Save Canada Post caravan stopped at several towns in Northern Ontario before heading to the Prairies and the West coast. At stops along the way, National President Mike Palecek and retiree Peter Whitaker were joined by various CUPW members, including Brother Todd Jarema, Sister Kathleen Mpulubusi and Brother Rick Hansen. Caravan activists visited many workfloors and connected with members, supporters and journalists.

The RV stopped at the Mill Market in Sault Ste. Marie, which sees over 1500 visitors throughout the day. We received support from many allies, including NDP candidates and fellow trade unionists from OPSEU and ETFO. 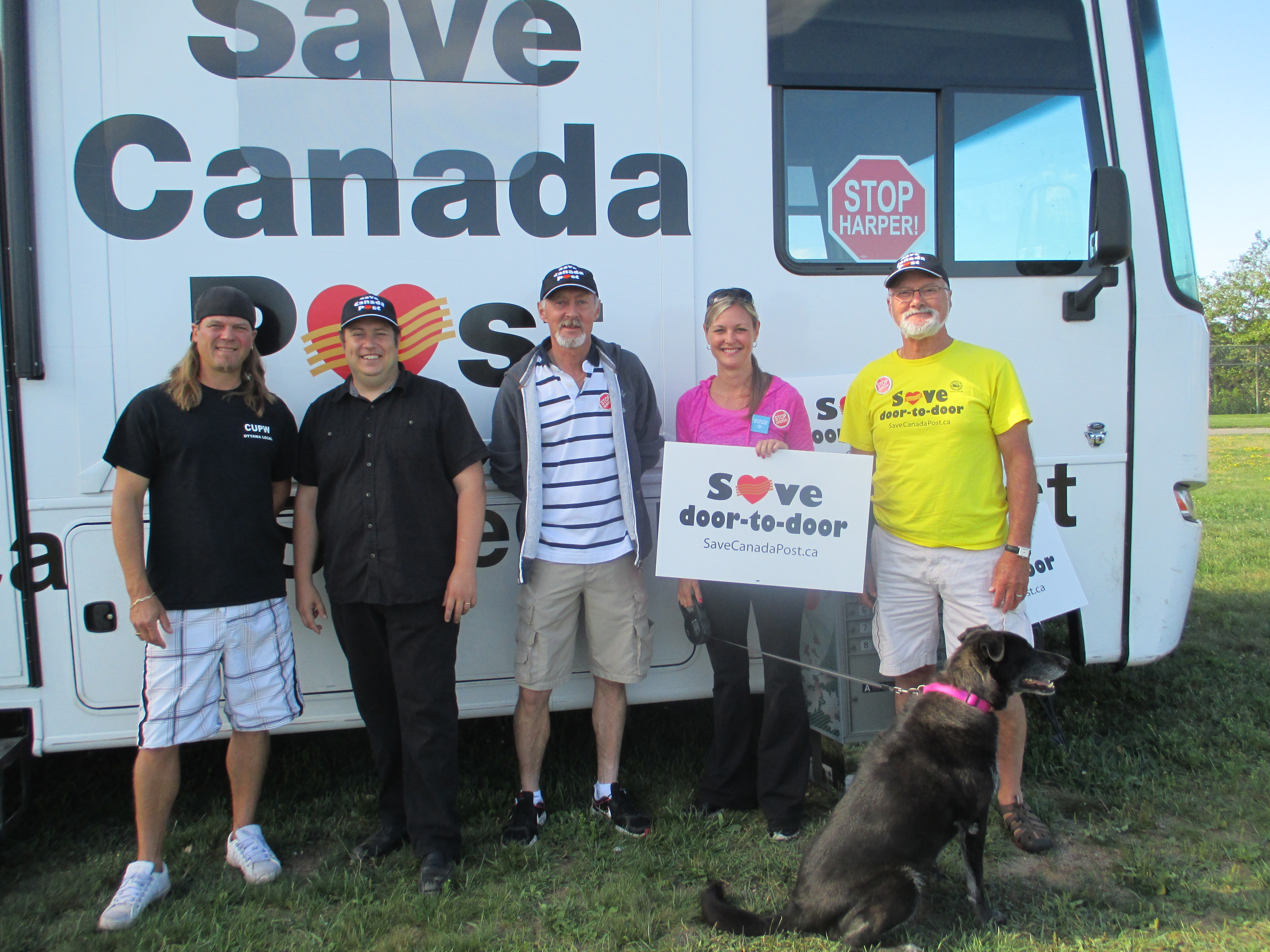 While waiting to meet members from Fort Francis Local, we talked with CPAA member Sister Trudy Badiuk, postmaster of the Devlin ON post office. 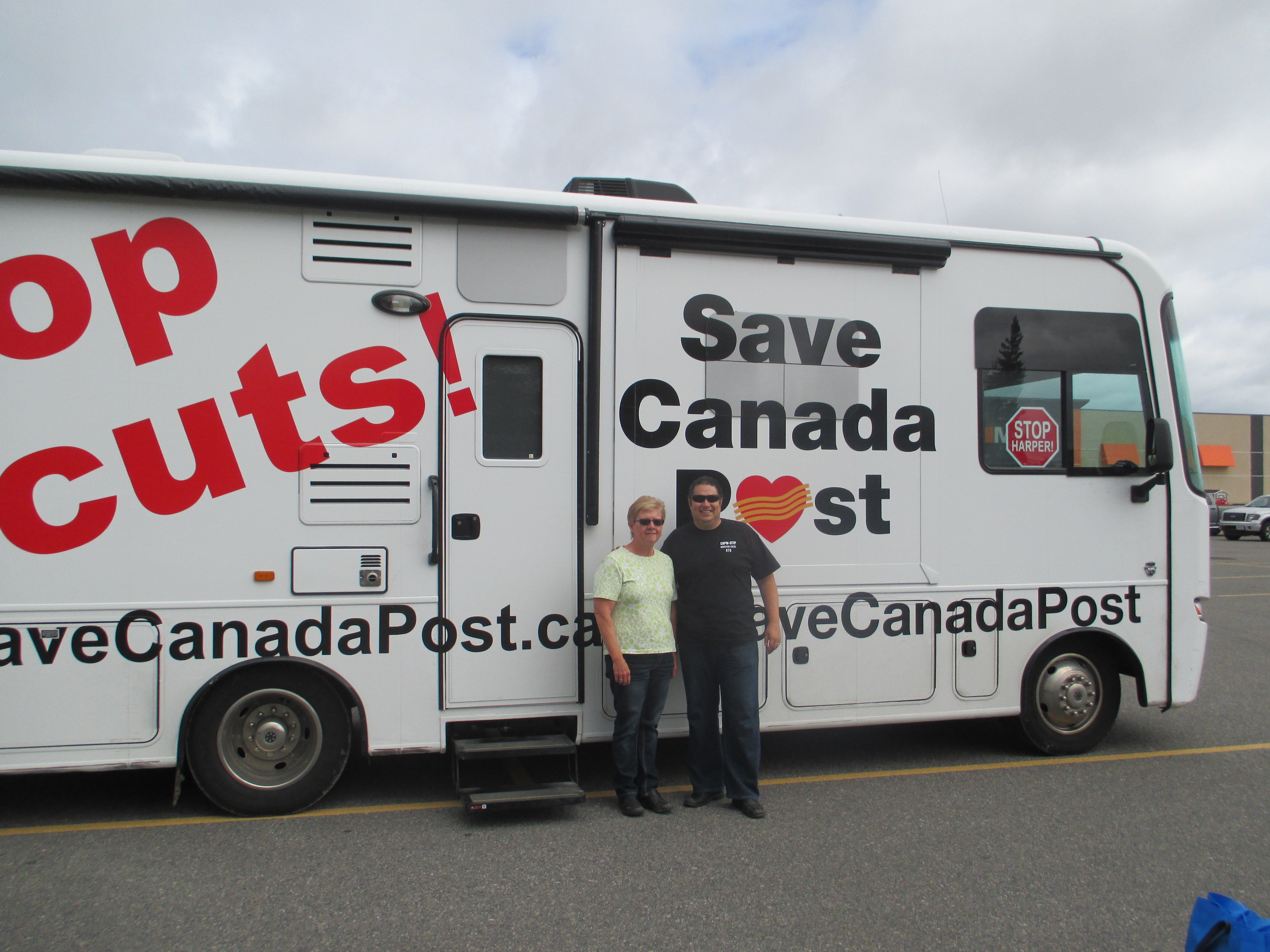 Sisters and Brothers from Kenora! 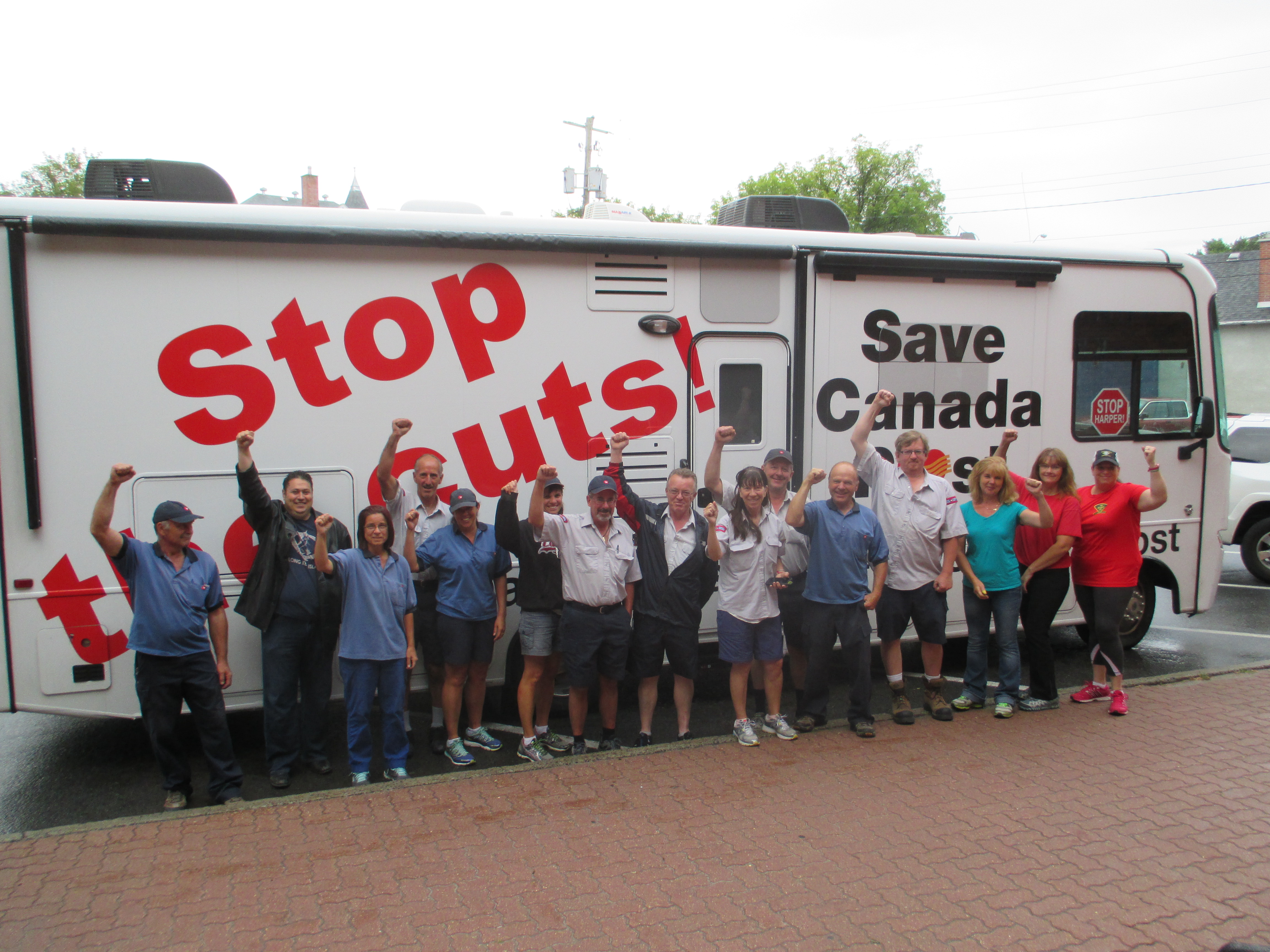 Labour leaders in Winnipeg came out to express their solidarity with us. 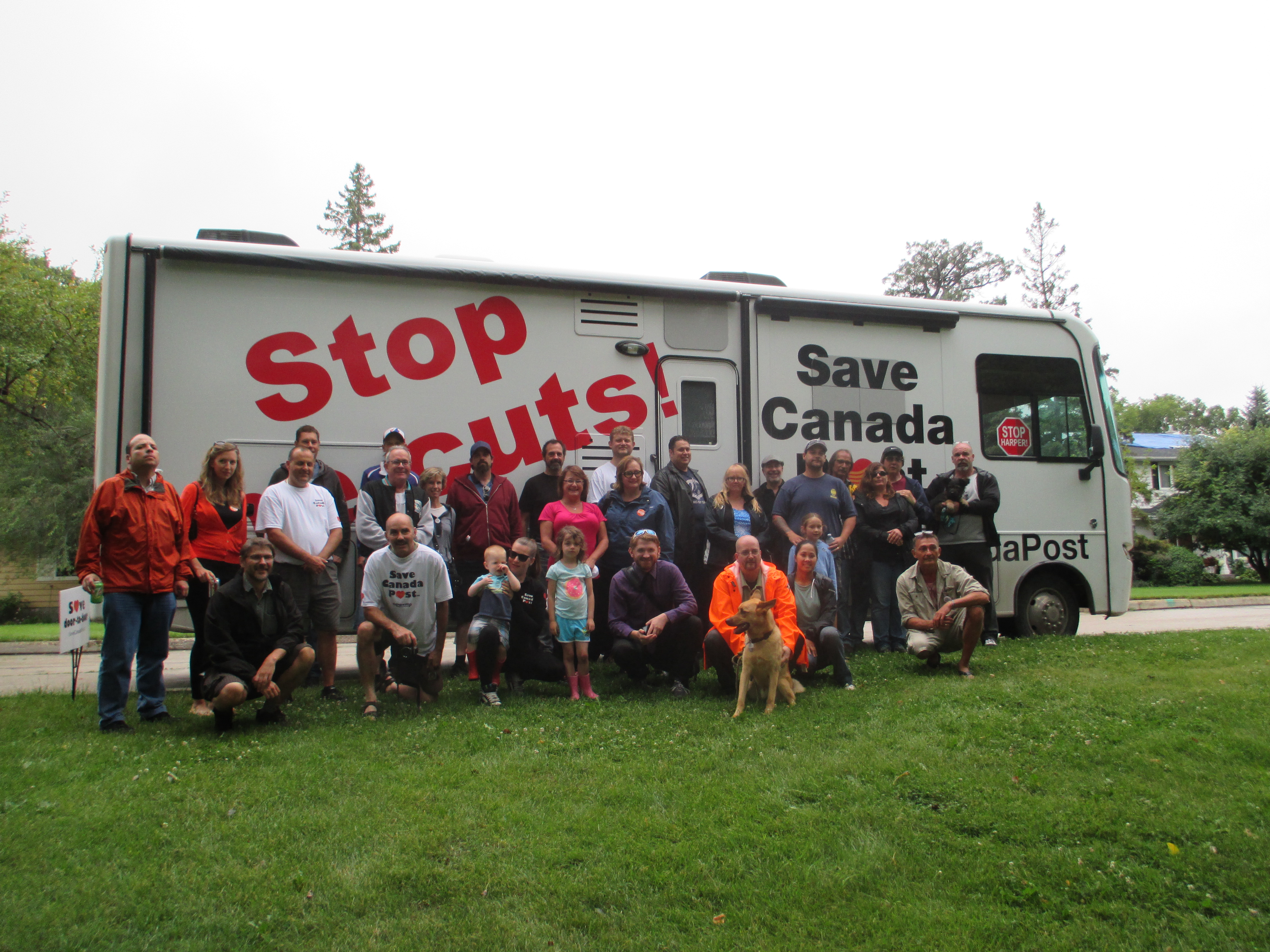 Regina members came out to have their picture taken with their new National President after hearing the plant floor presentation. 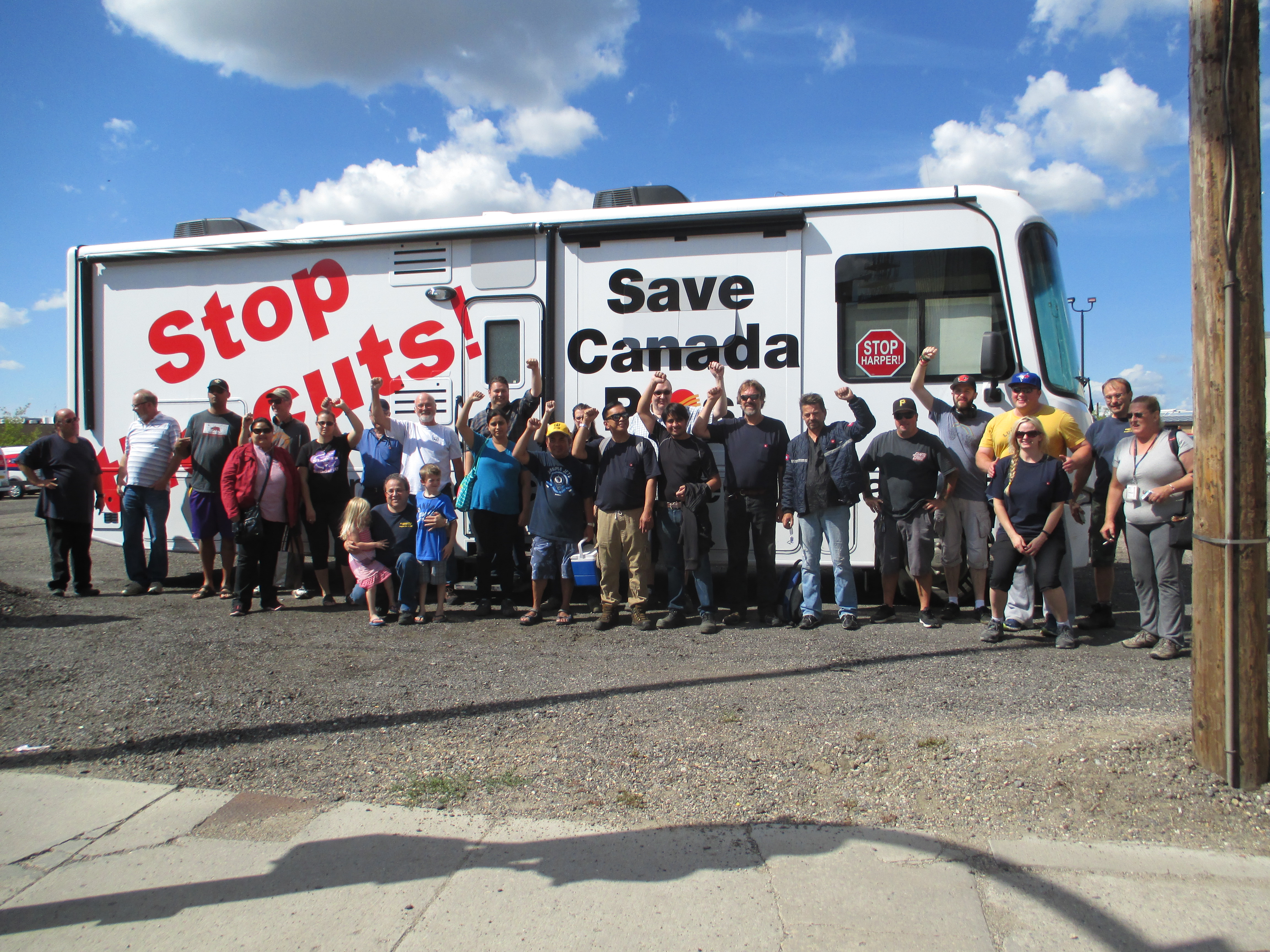 Members in Saskatoon show their solidarity. 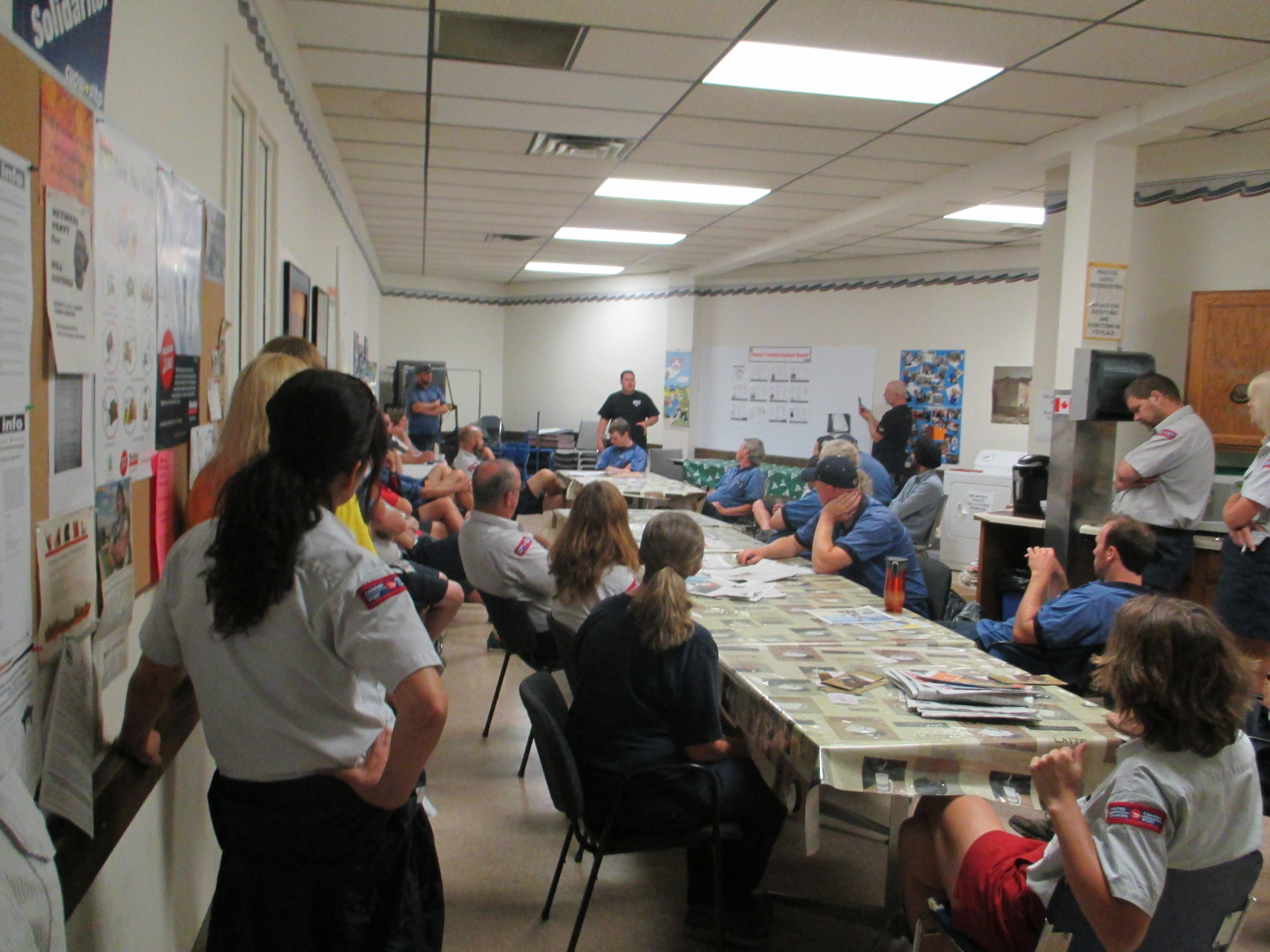 Our caravan received a second place ribbon in the 150-float North Battleford NW Territory Days annual parade! Members handed out over 500 window signs to save door to door and over 600 postcards as well as whistles, buttons and candy to the over 2000 citizens who lined the streets. People cheered and clapped as we wound our way through the downtown. 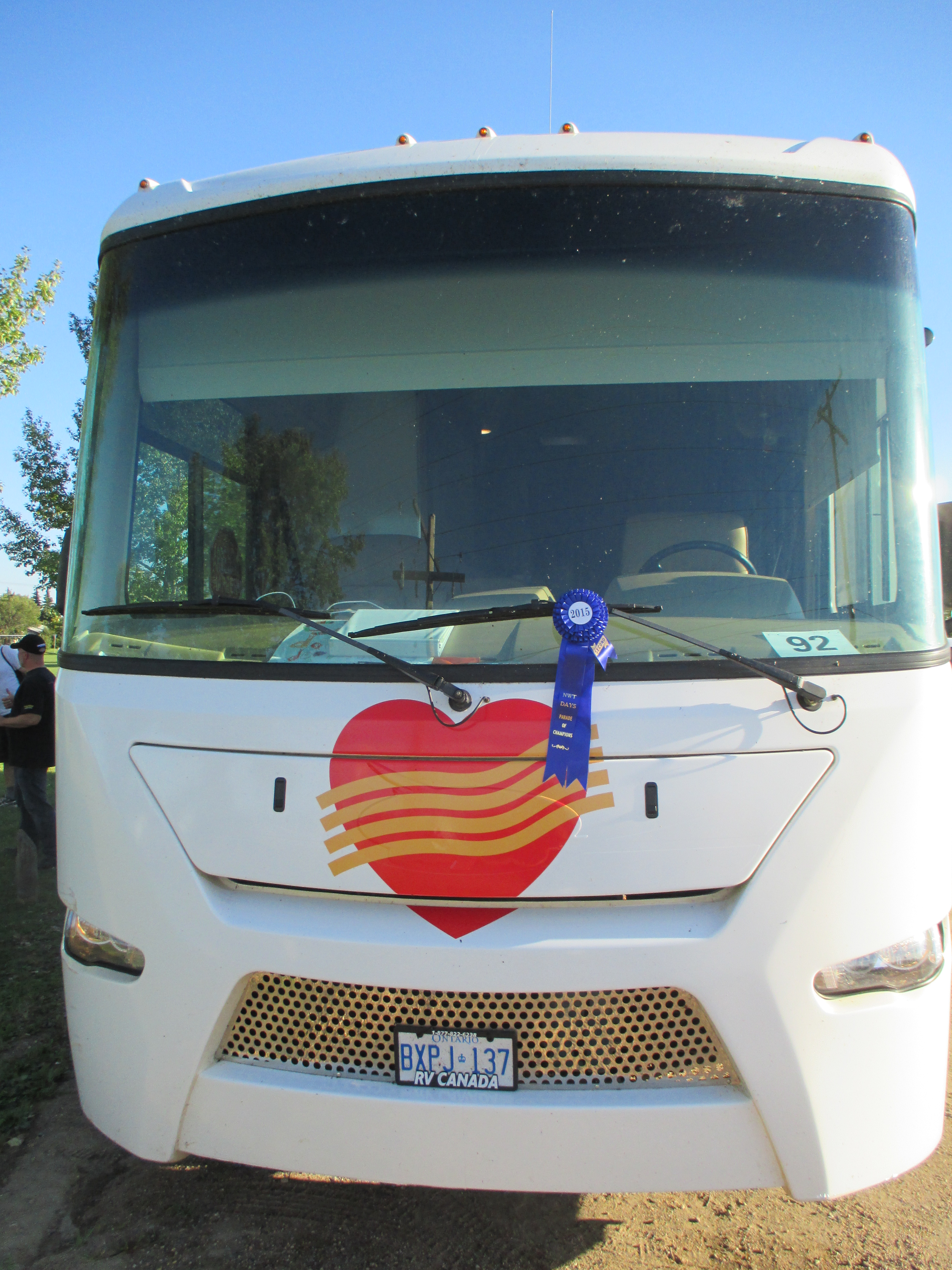 In Edmonton, the caravan stopped to support a resident who was fighting back against a CMB on her lawn. 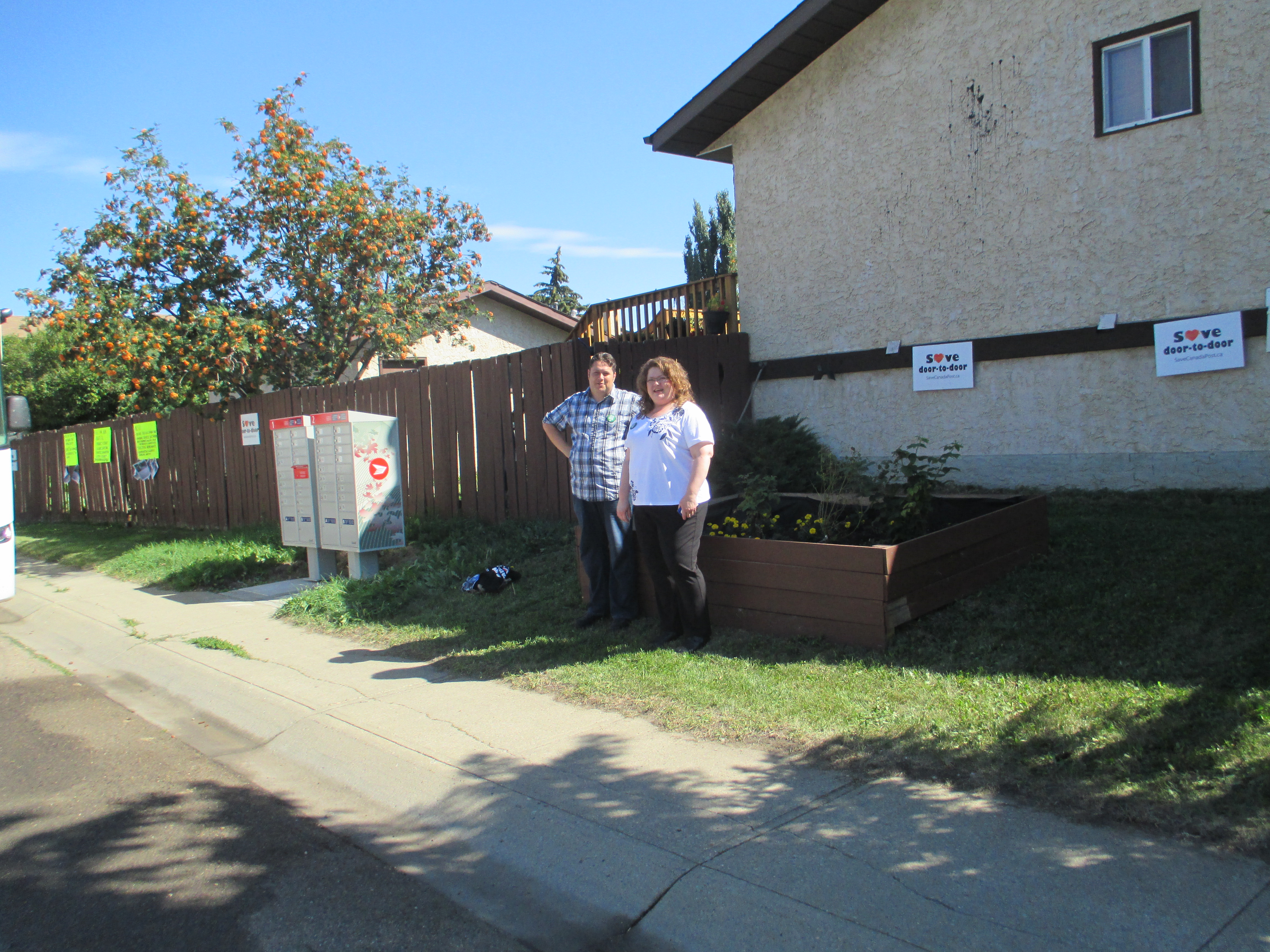 We also learned that Harper was in town and had a rally to “unwelcome” the Conservatives, who scurried past our pickets. 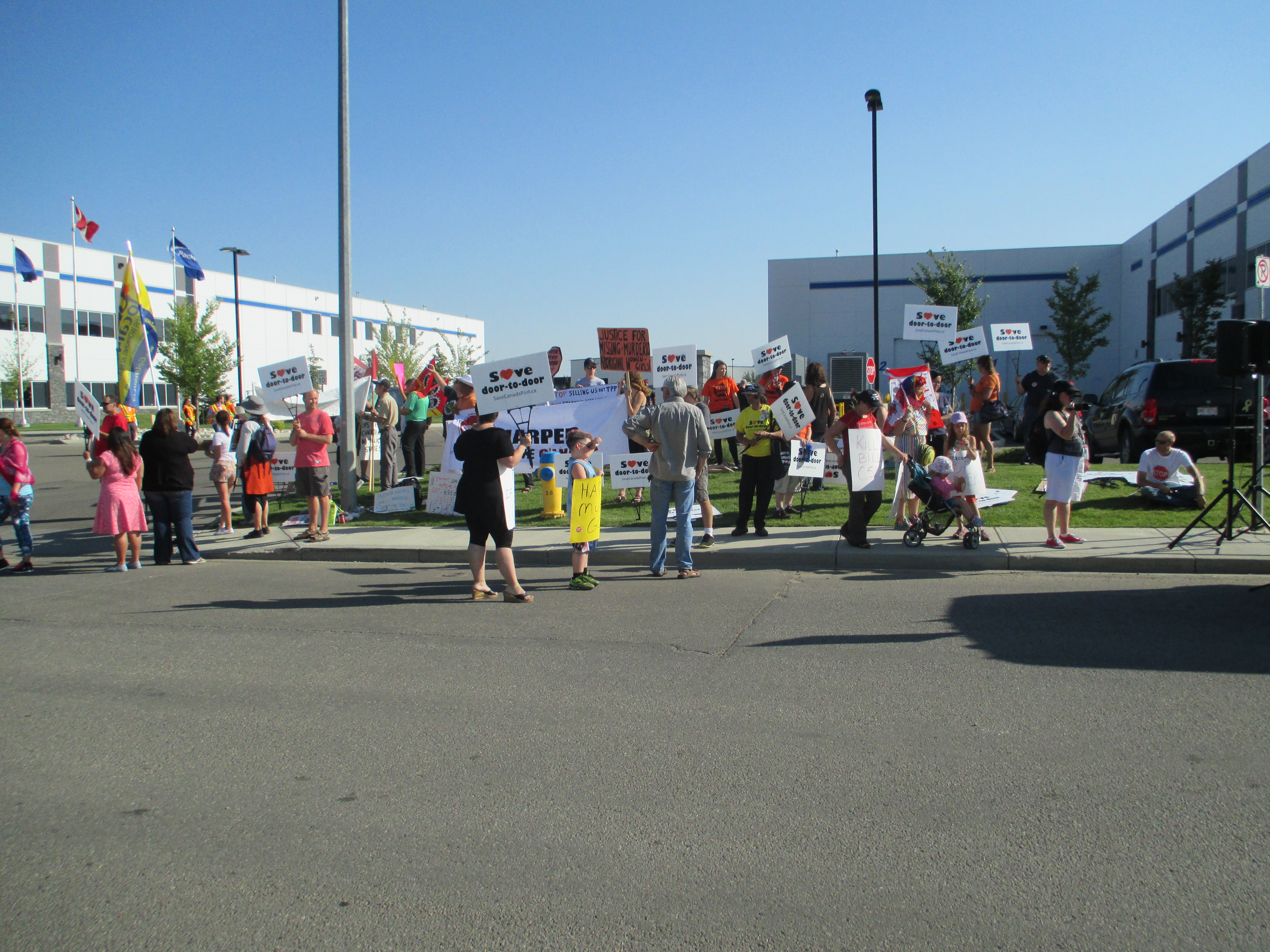