Postal workers have met with nothing but disrespect from this Conservative government. They’ve legislated us back to work, made derogatory statements about CUPW and they’re putting their stamp of approval on the Canada Post’s plan to destroy our jobs and our public postal service. We promised to be everywhere they are, and so far postal workers have made good on that promise! Great job to all the members, Locals and Regions organizing events to "unwelcome" Harper! 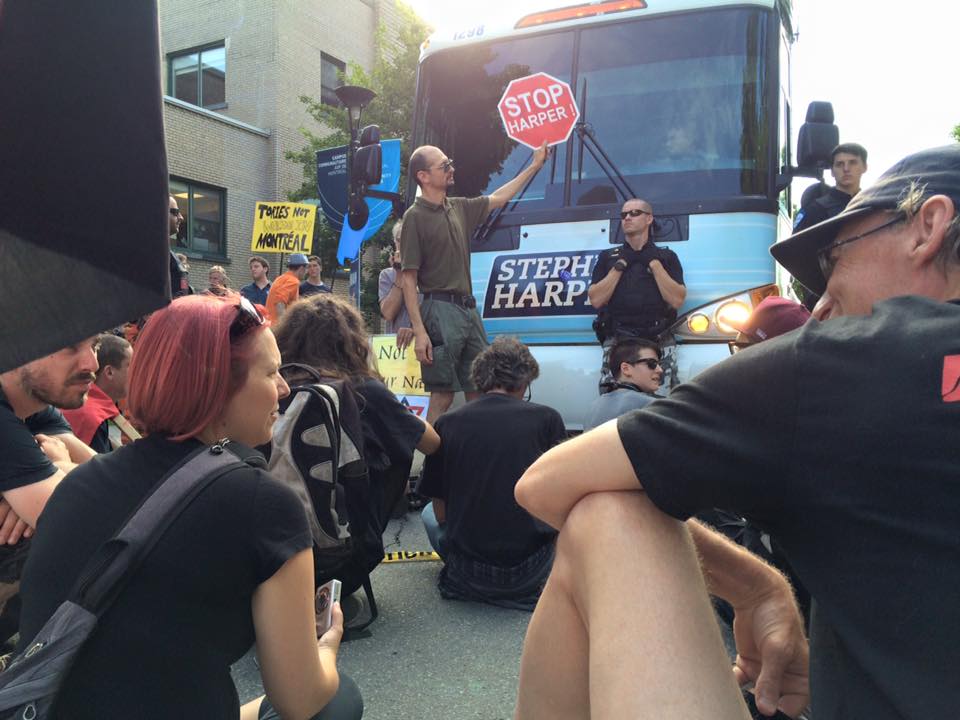 Members of the Montreal Local and allies holding a symbolic sit-in in front of Harper’s campaign bus. 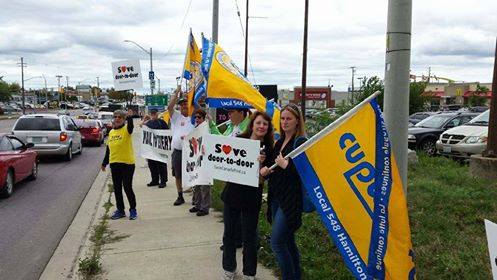 Members of the Hamilton Local reminding Harper he is not welcome. 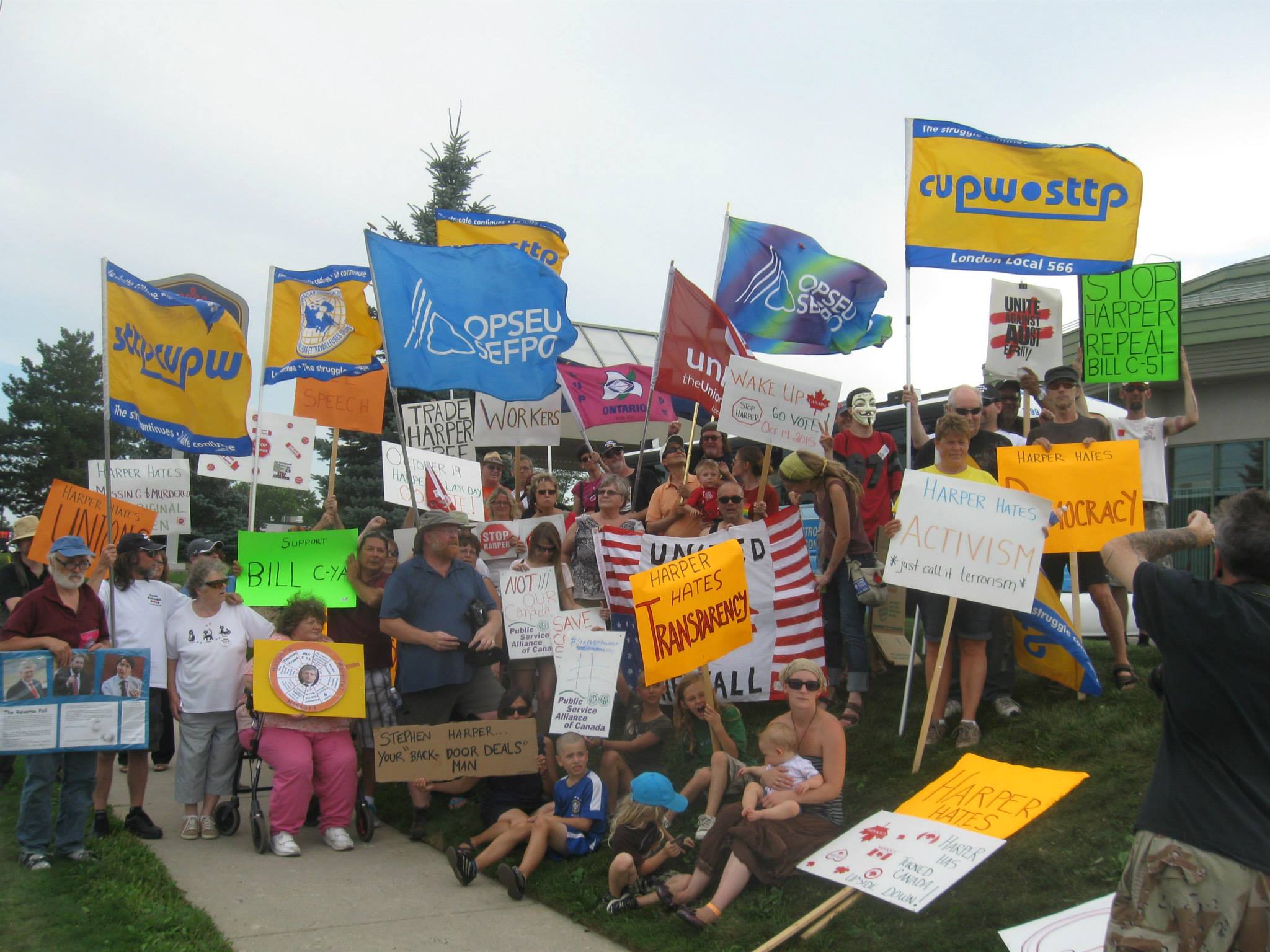 Members of the London Local and allies chanting “Harper, you’re not welcome in London.”

Daniel Greer, of the Oshawa Local, and his band, the Do Good Badlies, have recorded “The Postie Song” about the ridiculous decision by Canada Post and the Conservatives to eliminate door-to-door delivery across the country. You can listen to it using the link below.

The Postie Song by the Do Good Badlies

Members of the Winnipeg Local volunteered their time to canvass door-to-door with Daniel Blaikie, NDP candidate for Elmwood-Transcona. Based on recent surveys, he’s the most likely candidate to defeat the Conservatives on October 19. 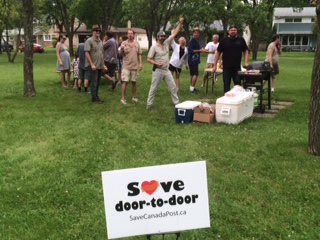 Lets keep it up! Solidarity!