December 6 - We will never forget. We will always work for change. 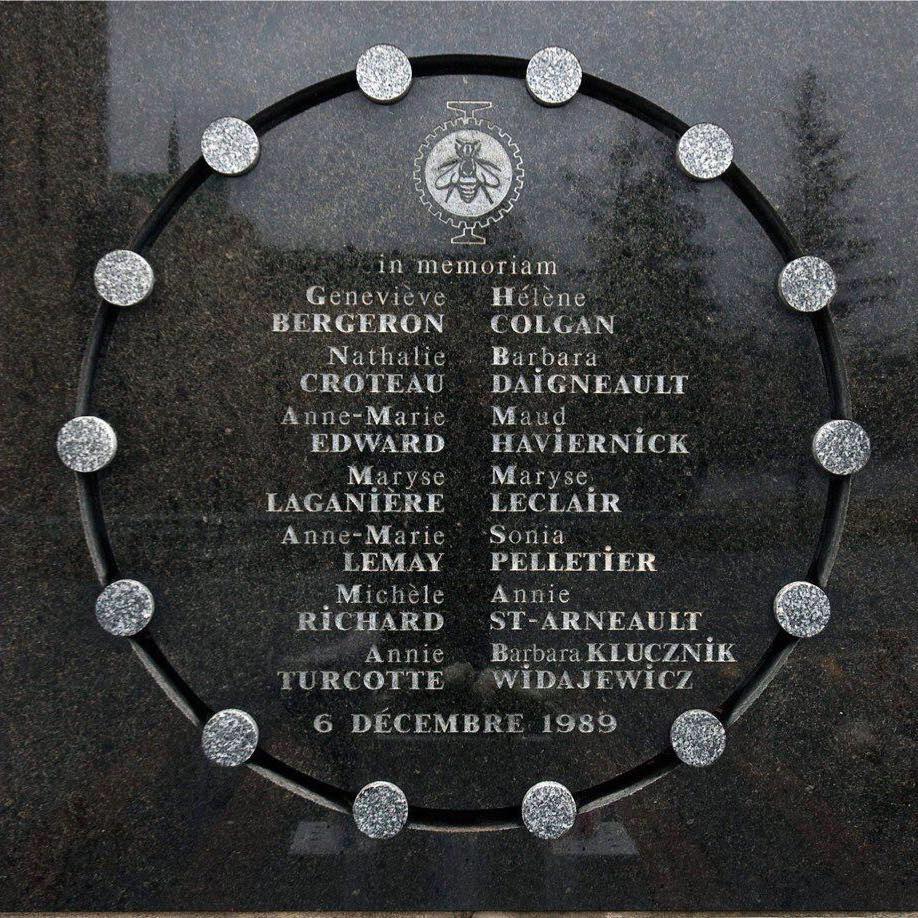 This year marks the 27th anniversary of the murders of 14 women at École Polytechnique in Montréal, Québec. The December 6th Montreal Massacre specifically targeted women and feminists and since then, December 6th has been commemorated as the National Day of Remembrance and Action on Violence against Women.

While many things have changed over the last 27 years, violence against women is not a thing of the past. While rates of reported domestic violence have fallen due to increased financial independence and social equality, making it easier for women to leave abusive relationships, it is still estimated that 70% of spousal violence is not reported to the police.

In Canada, Indigenous women are still 3.5 times more likely to experience violence than non-Indigenous women. The Native Women’s Association of Canada has been observing Sisters in Spirit vigils every year on October 4th to remember thousands of Indigenous women and girls who have been murdered and gone missing.

After years of pressure from Indigenous women, communities and allies, the current government launched a National Inquiry on Missing and Murdered Indigenous Women. The final report is due in 2018.

Our Union created a beautiful poster based on the art of Jonathan Labillois to raise awareness of the issue of missing and murdered Indigenous women and girls.  You can get a copy of this poster through your local or download the image from our website, cupw.ca

This year the Legislative Assembly of Ontario tabled Bill 132 – Sexual Violence and Harassment Action Plan. This bill provides new protections for survivors of violence and harassment, such as allowing the early termination of a tenancy, compensation for victims of violence, and measures that require employers to protect workers.

The struggle against gender-based violence continues.

This story also appears in The Rose, the newsletter of the CUPW National Women’s Committee.