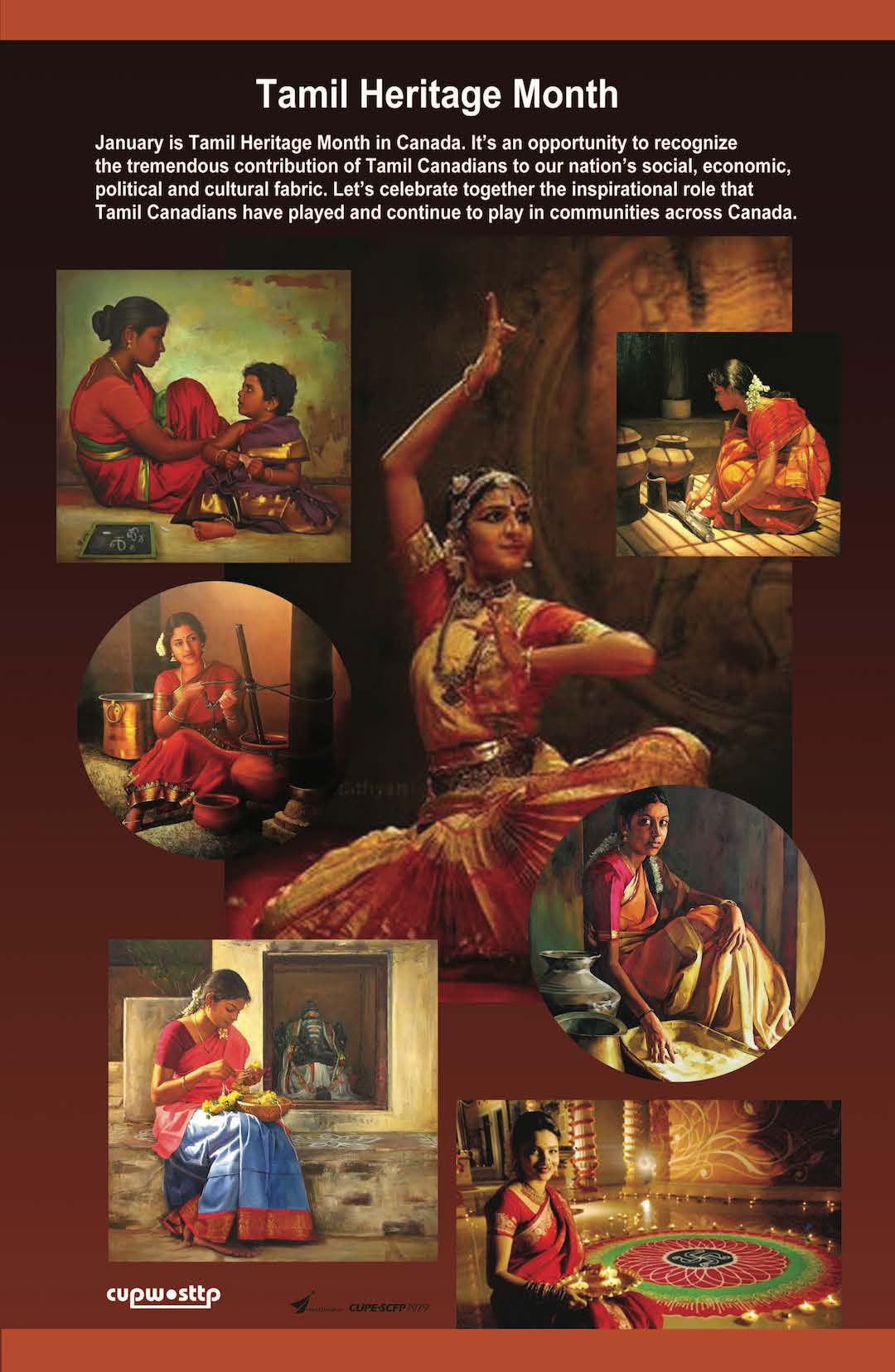 On October 5th 2016, the House of Commons declared by unanimous motion the month of January as Tamil Heritage month. The Parliament recognized the contributions that Tamil-Canadians have made to Canadian society, the richness of the Tamil language and culture, and the importance of educating and reflecting upon Tamil heritage for future generations.

Tamil Canadians are Canadians of Tamil ethnic origins mostly from India and Sri Lanka. From a population of fewer than 150 Tamils in 1983, it has become one of the largest communities within the Greater Toronto Area. Canada's Tamil population is thought to constitute the largest Sri Lankan diaspora in the world with Toronto (having a Tamil ethnic population of 157,000 as of 2016) being home to the largest Tamil community outside of Asia.

Tamils began migrating to Canada as early as the 1950s, which accelerated after the anti-Tamil pogrom in July 1983.

Since that time, Tamil Canadians have overcome tremendous obstacles after their arrival and have made significant contributions to the growth and prosperity of Canada.

Famous Tamil-Canadians include the writer Shyam Selvadurai as well as athletes, actors and directors such as Lenin M. Sivam, director of 1999, a film about young Tamils in Toronto. The former NDP MP Rathika Sitsabaiesan was the first Tamil elected to Parliament in 2011.

Many CUPW members claim Tamil origin. Together with our Tamil Sisters, Brothers and comrades, we invite you to celebrate Tamil Heritage Month by participating to an activity near you.