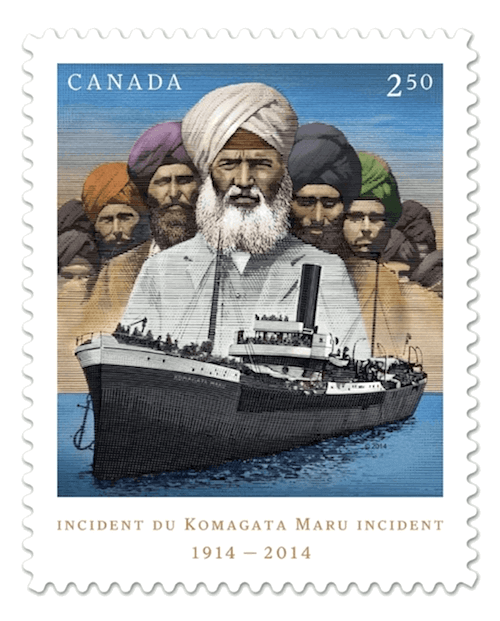 The Canadian Union of Postal Workers opposes any and all discrimination against people who come to Canada seeking a better life.

During the month of April, which was proclaimed Sikh Heritage Month by the government of Ontario in 2013, we remember the tragedy of the Komagata Maru, a ship that arrived in Canada on May 23, 1914, with a passenger list of 340 Sikhs, 24 Muslims and 12 Hindus.

This happened at a time when Canada was welcoming large numbers of immigrants onto colonized Indigenous territories, accepting over 400,000 immigrants the previous year. However, only a few of the passengers on this ship were permitted to disembark; the rest were turned away.

A Conservative MP led a public rally urging the government to refuse to allow the ship to remain. Delays led to the mistreatment of the passengers on the ship and to the prolonging of its departure date. Two months later, on the ship’s return to India, British police massacred 19 passengers.

This and many other examples reveal Canada’s racist and colonized history. Fortunately, this history is now being forced out of the shadows. In 2008, MP Ruby Dhalla tabled a successful motion to apologize to the Indo-Canadian community for the Komagata Maru tragedy. Prime Minister Justin Trudeau is now promising to offer a long overdue apology in Parliament on May 18th.

The Komagata Maru reminds us of our ongoing obligation to prevent the recurrence of such tragedies. Today we see increasing Islamophobia and attempts to stereotype and dehumanize those fleeing violence in Arab and Muslim countries.

Sikh people are important members of our communities. When 150,000 Canadians petitioned the government to reverse the ban against turbans in the RCMP, we said then and we need to keep saying now that we reject prejudice, value diversity and welcome everybody’s contributions to our society.

On behalf of the National Human Rights Committee Workers of Colour Working Group.