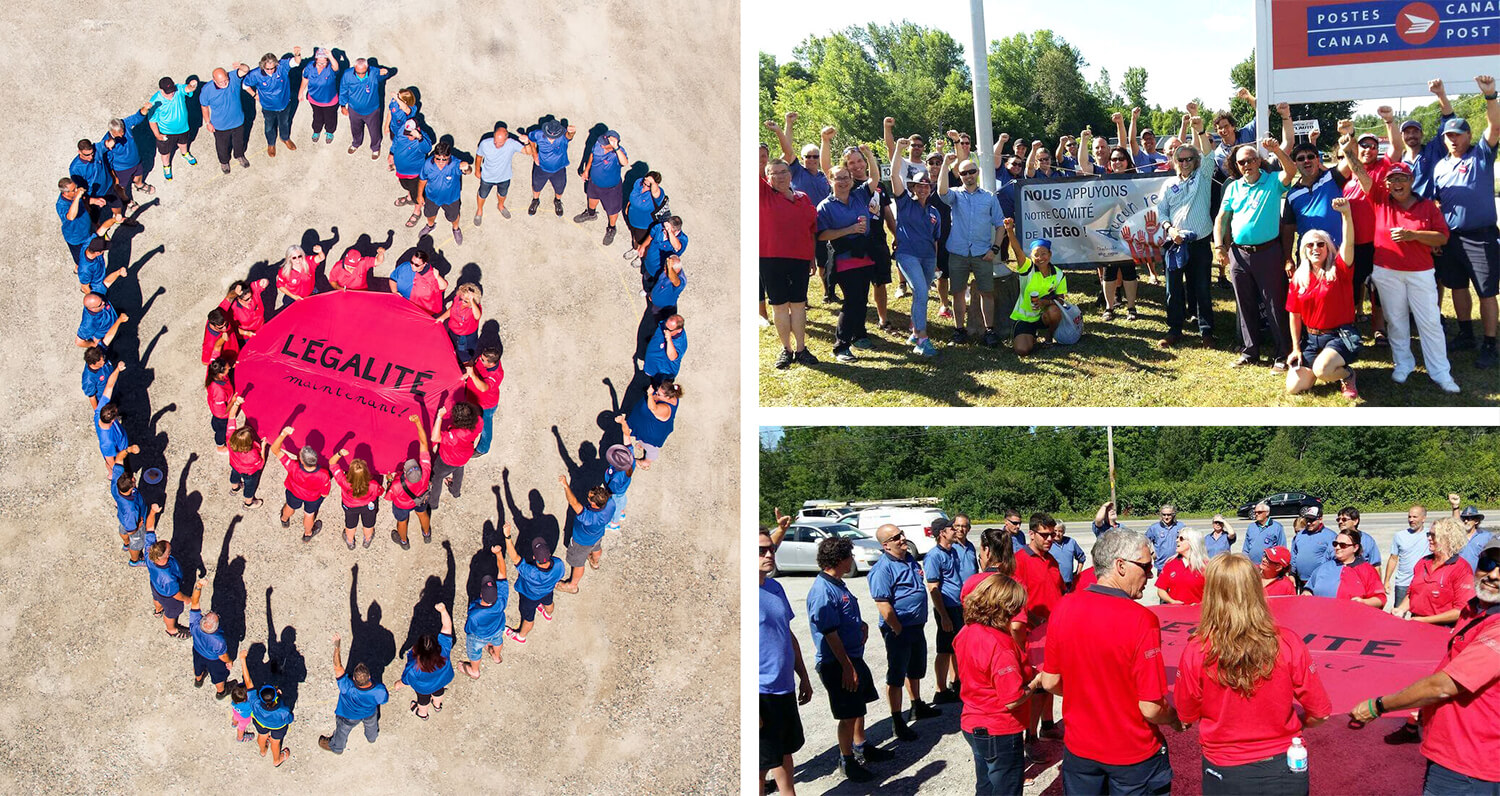 July 11, 2018 — Members from almost 10 Quebec locals joined members in Sherbrooke for a BBQ and festivities in solidarity with their RSMC sisters and brothers in their struggle for pay equity. (Heart text: Equality Now!)

A small, but dedicated group of members in Quebec, led by Richard Martin, President of the CUPW local in Vaudreuil-Dorion, and Audrey Pepin, Vice-President, Quebec, have come together to mobilise the membership in the province. The group, made up of some of the most active and organised people from across the province, wants to inspire members to take action in their own locals and communities, and remind them that local events can have just as much of an impact as a rally on Parliament Hill.

“We are local members, who have come together without prompting from the national or regional office,” says Brother Martin. “We want our members to know that they can advocate their rights and demands in their own backyard.”

The group held its first event in Sherbrooke this week to show their support for CUPW negotiators as CUPW begins conciliation with the employer. Members from almost 10 Quebec locals joined members in Sherbrooke for a BBQ, festivities and a discussion about the issues. They took the time to support their RSMC sisters and brothers, who are waiting for their pay equity case to be resolved.

On May 31, Arbitrator Flynn ruled that RSMCs and Urban Letter Carriers do work of equal  value and that a wage gap exists. She instructed the parties to negotiate compensation both for the retroactive period and going forward.

On Friday, July 6, the Union received the notices confirming the start of conciliation for the Urban and RSMC bargaining units. These notices also confirm the appointment of two conciliators, one of whom is the director of the Federal Mediation and Conciliation Service.

The two conciliators will work with both bargaining units.