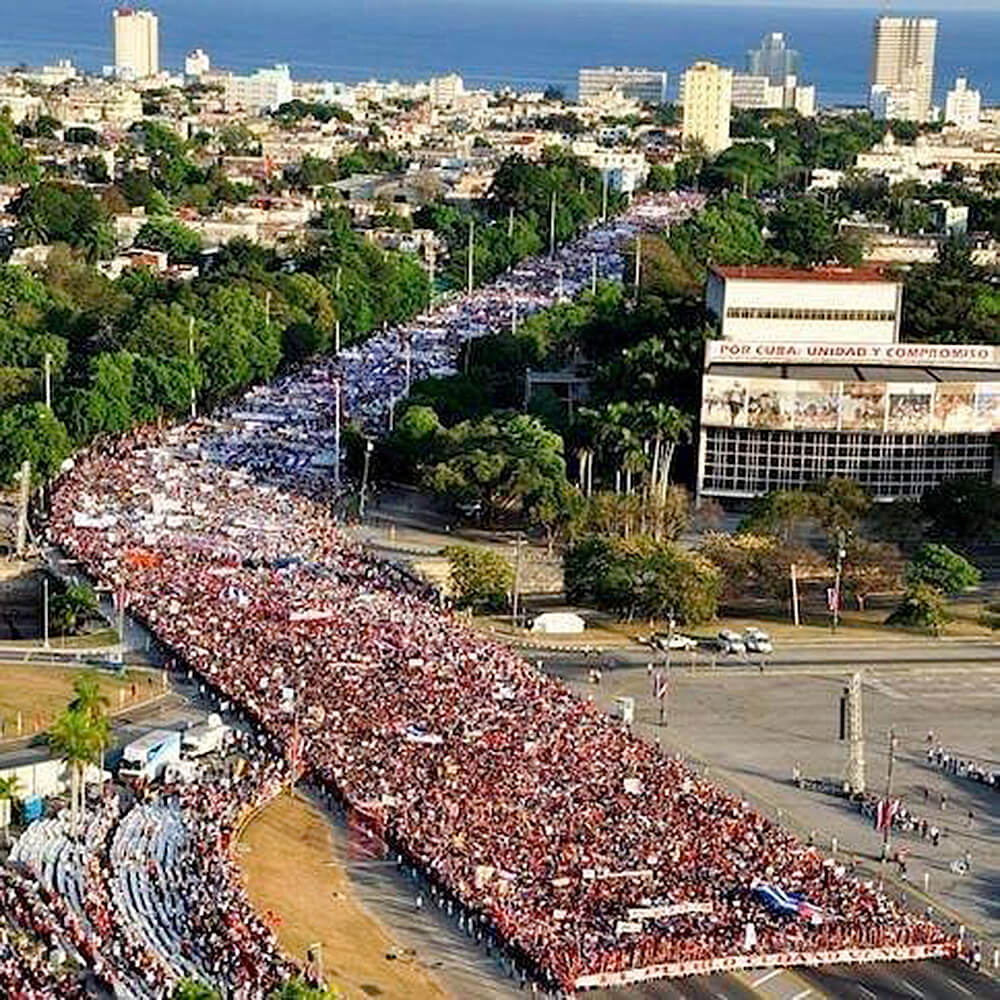 A CUPW delegation took part in the International Workers’ Day events in Cuba. Brothers and Sisters often ask why we participate in May Day activities in Cuba. The answer is very simple: to express our solidarity with the international working class and the Cuban people, who are still fighting for their economic and political independence.

In addition to taking part in May Day activities, the purpose of the delegation was to strengthen direct relations with the SNTCIE (Cuba’s national union of communications, computer and electronic workers), which represents the postal sector.

May Day in Cuba: Everyone is in the Streets

The CUPW delegation joined more than 1,600 other international guests who took part in the May Day parade in Havana. We began gathering for the march at 5:00 a.m., along with hundreds of thousands of Cuban workers, and headed towards the Plaza of the Revolution for the rally that began at 7:30 a.m. with a statement by Ulises Guilarte, Secretary General of the Cuban Workers’ Federation (CTC). This year’s theme was: “For Cuba: Unity and Commitment.”

In his speech, the CTC’s Secretary General addressed the concerns of everyone present, by clearly stating that normalization of relations between the United States and Cuba required an end to the economic blockade and the restitution of Guantanamo to the Cuban people, nothing less. This is also CUPW’s position under national policy D-22.

Solidarity in Action: Meeting with the SNTCIE

Our agenda included many activities with the post and communications sector. We visited a post office, a letter carrier depot, the international mail centre, as well as a young workers’ collective: the “cell phone doctors.” We had constructive and informative discussions.

We also held discussions with the SNTCIE’s leadership, who had prepared a work plan that focuses, among other things, on union education and secondary leadership training. These are concerns shared by all unions, and we agreed to organize joint activities over the next few months.

During our stay, we experienced the warmth and zest for life of the Cuban people, who have built a society that is different from ours, one based on exchange and sharing. This is not an easy task, but they have determination. What a great example to emulate.

That’s what solidarity in action is all about.

on behalf of the CUPW delegation to Cuba